Analysts Predict That Caitlyn Jenner Could Eventually Be Worth $500+ Million

By Joseph Gibson on June 5, 2015 in Articles › Celebrity News

Caitlyn Jenner is currently presenting her real self to an adoring public for the first time, and she's making pretty huge bank in the process. She was already worth $100 million before coming out as a trans woman, and today some analysts are predicting that over the next five to ten years, she could be worth as much as $500 million. It's all thanks to a combination of Jenner's place in the zeitgeist and her uncanny media savvy as she presents her identity to the public for the first time. The story is providing a platform for Jenner to explode her already impressive net worth.

Part of that revenue is going to come from an eight-part reality TV series, I Am Cait, set to air this summer on E!, which is also the home of Keeping Up With the Kardashians. Keeping up with the Kardashians won't really be an issue for Jenner moving forward, however, as, according to celebrity news expert Rob Shuter, who recently told the New York Daily News that Jenner could be wealthier than any of her Kardashian relatives within just a few years. 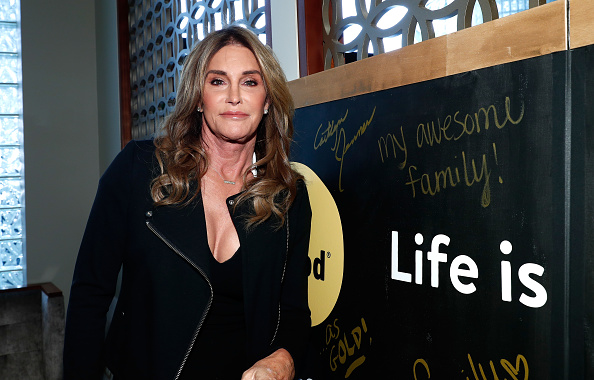 Jenner's speaking fees are also expected to sharply increase – before her public transition, Jenner was earning between twenty and forty grand per speaking engagement, which gives you an idea of how much more she stands to make as a result of the more intense media spotlight on her and her story. Some estimates have Jenner pulling in as much as $100,000 per speaking engagement – at least for now, as long as her story hasn't already been heard by everyone.

Caitlyn Jenner has also seen her social media profile get a big boost since the cover story hit the Internet, gaining around a million Twitter followers and counting. That too could lead to more revenue, with sponsored tweets and endorsements earning popular Twitterers like Caitlyn's stepdaughter, Kim Kardashian, hundreds of thousands of dollars for a single sponsored post on social media sites like Twitter, Instagram, or Facebook. More traditional old-school forms of endorsement deals are also wide open to Caitlyn Jenner, who has plenty of experience in that field, starting back with her famous Wheaties box appearance.

Much is currently being made of her place in the LGBTQ community, estimated to be a market worth around a billion dollars annually. Then, there were the recent rumors that Caitlyn Jenner had been named the new spokesperson for MAC Cosmetics – rumors that turned out not to be true. Still, it's clear that Jenner shouldn't have too much difficulty getting such an endorsement deal or an even better one (or two, or three), assuming that's what she wants to do. All in all, the financial writing on the wall for Caitlyn Jenner appears to be solidly in the "sky's the limit" category, and her accountants are probably all wishing she'd come out as trans years ago.