By Brian Warner on February 10, 2015 in Articles › Celebrity News

Here's a friendly reminder for all you aspiring news anchors and journalists out there: The career you want is built upon the personal assets of credibility and integrity. So maybe try to avoid lying, exaggerating, or "misremembering," when recalling events from your past. Case in point? NBC Nightly News anchor Brian Williams. BW has learned this lesson the hard way. Actually, he learned it the really, really expensive way as well.

NBC just announced it has suspended Brian for six months without pay after allegations surfaced suggesting he may have been exaggerating the details of an incident that occured in Iraq, back in 2003. I won't give you a complicated, in-depth review of the details. And frankly, if for some reason this story is news to you, I am rather envious. Do you not have cable? Or the Internet? Or newspapers? Or friends? Whatever you're doing to shut out the world around you, it's working. Keep it up.

Brian Williams' salary is $13 million per year. So this six-month suspension will cost him $6.5 million. That might be the most expensive lie/brain fart of all time. 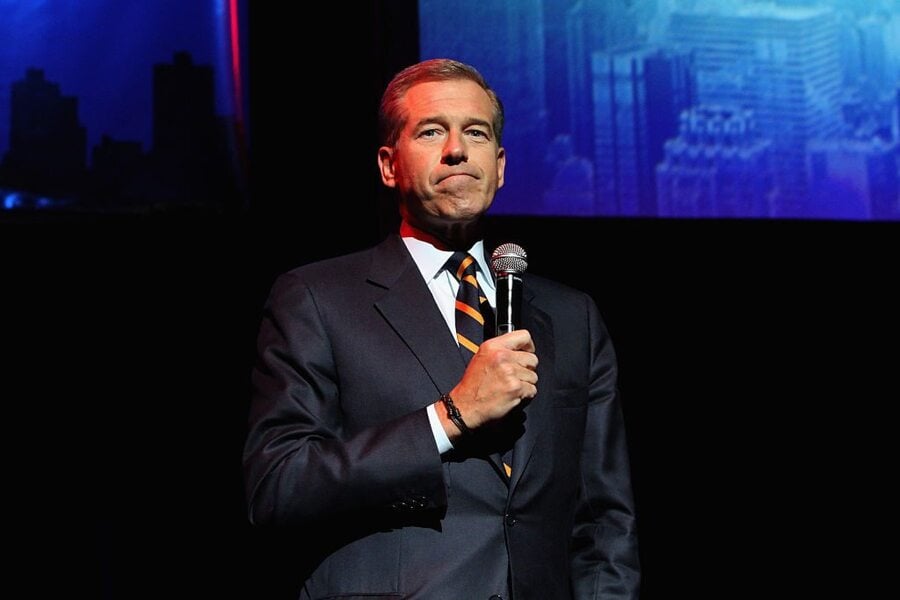 Look, I have mixed feelings about this story. I like Brian Williams. To begin with, he has fantastic initials–I'm told that a lot too. Second, he seems like a genuinely nice guy. And ironically, what brought this story to life was an act of kindness by Brian–he was trying to do something nice for a veteran at a hockey game. He's not a sleazebag news douche like Geraldo Rivera. Brian also has an endearing personality and he comes across as quite funny whenever he pops up on The Daily Show, 30 Rock or Conan. Perhaps most important of all, he has a really hot daughter.

Long story short, I am not quite sure what to make of the situation. Does he deserve to ultimately be terminated for this? Probably not. Does he deserve to "lose" his job for six months? Maybe. Either way, I can think of 6.5 million reasons why I personally should never lie or exaggerate the truth ever again.

Now if you'll excuse me, my three Playboy Playmate girlfriends just got home from a mud wrestling contest and need me to hose them off.