If the reports are true, Conor McGregor's net worth is about to be knocked into the stratosphere. We have been sitting on this news for a few hours, waiting for some more legitimate news outlets to confirm the veracity. I'm now seeing an ESPN article confirming the basics, so here we go…

According to a report first published by Shaken News Daily, American spirits importer Proximo Spirits has acquired a majority stake in Conor McGregor's Proper No. Twelve Irish Whiskey. A press release described the acquisition as:

"a long-term deal worth up to $600 million for brand co-founders Conor McGregor, Audie Attar and Ken Austin."

Co-founder Ken Austin further claimed that the $600 million includes $250 million the three founders have already earned in the last year from a previous deal with Proximo.

If these numbers are accurate, McGregor, Attar and Austin have each earned around $80 million in the last 12 months through their prior deal with Proximo. It's unclear how much cash is being traded right now as part of the remaining $350 million, but if all milestones are met over the "long-term", each partner could end up earning an additional $116 million.

All-in, if every milestone is met over the "long-term", Conor, Audi and Ken will each walk away with just under… 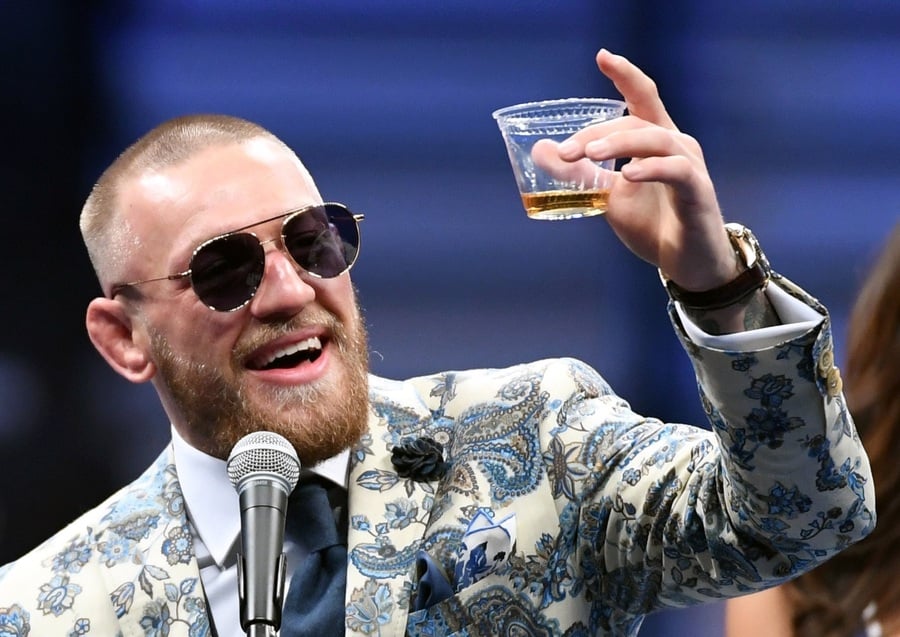 Launched in September 2018, Proper No. Twelve sold 345,000 cases in the last 12 months according to co-founder Ken Austin. McGregor has promoted the brand relentless at his fights. They hope to some day see the brand sell a million cases per year.

Proximo, which is best-known for being the American importer of Jose Cuervo tequila, already owned 49% of Proper No. Twelve prior to today's announcement. It initially had a roughly 20% stake, increasing to 49% in the middle of 2020.

Today's deal will give Proximo majority ownership but McGregor, Attar and Austin will retain minority stakes while continuing to have active roles in the marketing and management of the brand.

Co-founder Audie Attar is the founder and CEO of Paradigm Sports Management. He is Conor's longtime agent, manager and business partner.

On today's new we estimate that Conor McGregor's net worth is $200 million.

I wonder what they're going to toast with tonight when they celebrate? Maybe some Jack Daniels? Or a nice stiff glass Makers Mark.