By Joseph Gibson on April 4, 2016 in Articles › Celebrity News

Back in 1940, a young child star of 12 years old by the name of Shirley Temple received a lavish gift from her father, a 9.54-carat blue diamond ring, commemorating the release of her latest film, entitled The Blue Bird. Now, more than 75 years later (and with the passing of the diamond ring's original owner more than two years ago), the ring is going up for sale again as part of an upcoming Sotheby's auction Magnificent Jewels: Starring the Shirley Temple Blue Diamond.

The auction is going down on April 19th, so you still have time to get some spare change together if you want a crack at owning a very large blue diamond and a unique piece of Hollywood history all at the same time. Unfortunately for bargain hunters, Sotheby's official estimate for what the piece will get in bids the day of the auction is between $25 million and $35 million, putting it safely outside the price range of all but the most affluent collectors. 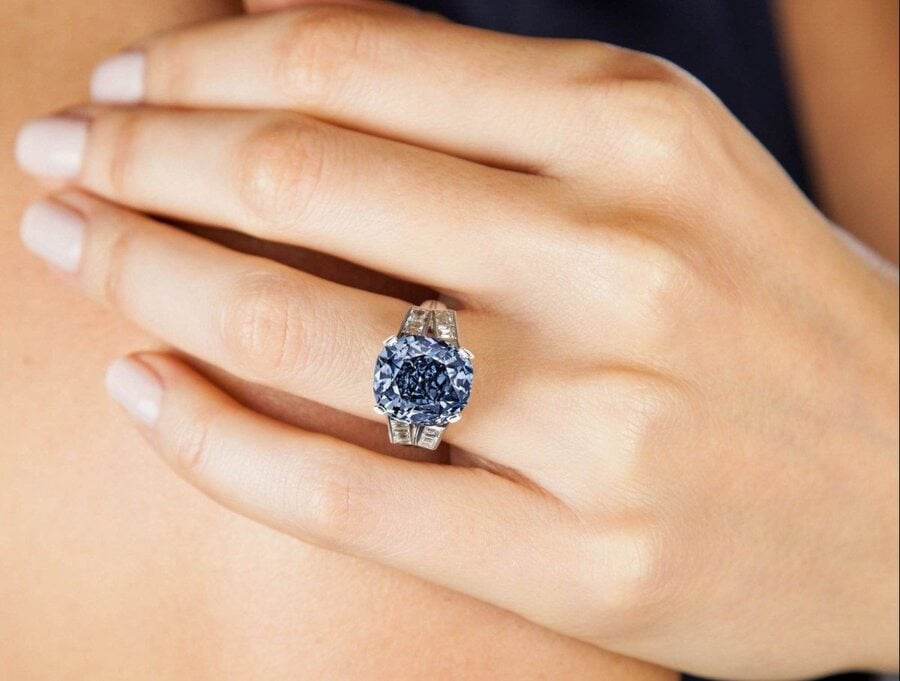 There are a lot more items being auctioned under the Magnificent Jewels banner later this month, though, some of them estimated to be worth as little as five grand. So if you're going to be in New York City on the afternoon of April 19th, maybe you should start getting your bidding arm ready.

As for Shirley Temple, the fact that a diamond (a giant blue diamond, but still) she used to own being the marquee attraction in a Sotheby's auction of 317 pieces is testament to her enduring legacy, both as a young actress in Hollywood and her later career as a political ambassador.