Smashing Pumpkins frontman Billy Corgan is known for being, ah, eccentric in his interests and opinions, and a big part of that is his love of professional wrestling. He's been peripherally involved in the business for years, but his most recent endeavor on the grunt 'n' groan circuit is his most expansive one yet: He's purchasing the brand rights to the National Wrestling Alliance, a formerly powerful collection of different wrestling promotions back in the sport's heyday.

Corgan's purchase of the NWA is somewhat nebulous, since contrary to the common perception of some fans, the NWA was itself not a wrestling promotion, but instead an alliance of a vast collection of disparate different promotions over the years. The news came via a Facebook post from Bruce Tharpe, the current president of the NWA and someone who seems highly optimistic about Corgan's purchase of the brand:

"With the capital and business acumen that Billy Corgan brings to the table – I am confident that he has the ability to take the NWA to the next level. And I have promised to do all I can to help him succeed. I ask you to join me in supporting the new NWA regime in the future." 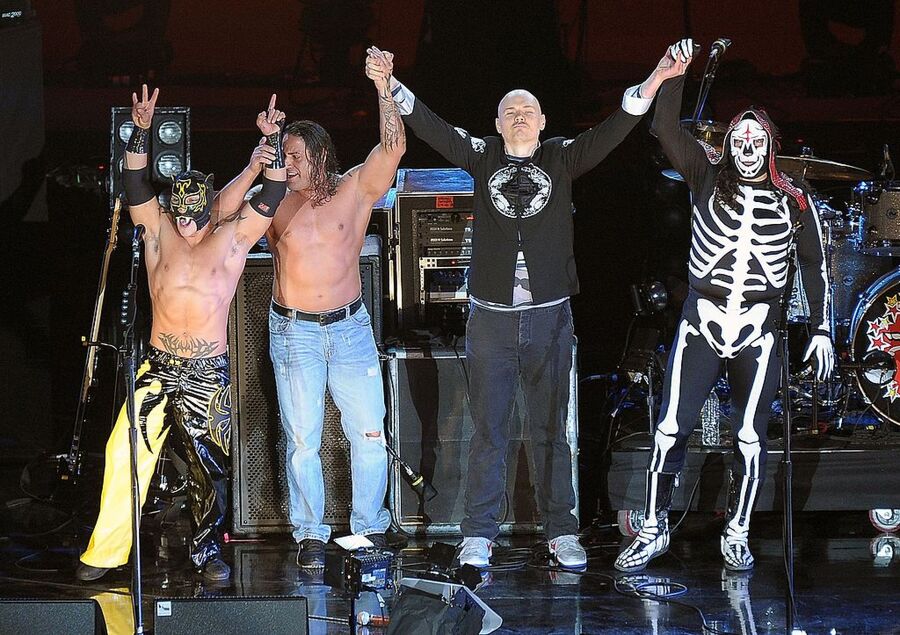 How much Corgan paid for rights to the NWA brand components doesn't appear to be known, nor does anyone seem to know what Corgan plans to do with his new acquisition, but his choices are expansive, and he could use the NWA title and iconography to create his own new wrestling promotion if he wanted. Wrestling fans will have a while to wait to find out how it all turns out, though – fortunately, they're used to that.