By Joseph Gibson on October 17, 2016 in Articles › Celebrity News

Billy Bush, the Today anchor who unexpectedly became an important part of the 2016 presidential election a couple of weeks back, is apparently not content to fade into obscurity following the release of the political lightning strike that was the already-infamous "Trump tape." Many assumed that his exit from his Today gig and the NBC News organization in general was mutual and amicable, but The Hollywood Reporter recently released a report that shows it's anything but. Bush has hired famous LA attorney Marshall Grossman for purposes of litigation if a satisfactory exit deal with NBC News is not reached.

No one can be sure what Bush's exact opinion on the tape is, but Grossman did deliver to THR a bite-sized defense of Bush's behavior as captured by the tape: "If Billy had been passive or responded 'Shut the f— up' to Trump, Billy would have been out of a job the next day." 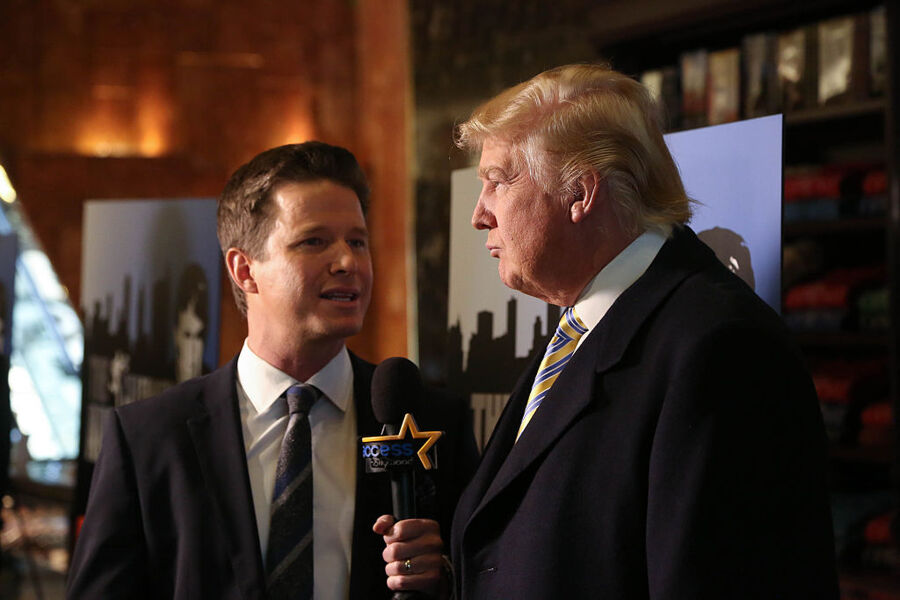 If Bush wanted the best, he got it with Grossman, who is famous for his representation of Hollywood's biggest names when they run into legal trouble – Steven Spielberg and Clint Eastwood are two of his most famous clients. And Bush reportedly has reason to feel confident about his position against NBC News, since he claims to have told his bosses at NBC about the tape way back in August while he was covering the Summer Olympics for the network. As for the value of his contract, he was getting around $3 million a year, which puts reports of a rumored $10 million exit deal into perspective. But Billy Bush and his loyal fans will have to wait a little bit longer to see if he can get satisfaction from NBC, and maybe even another job in show business – probably not with the Trump campaign, though.

Update! Just a few minutes ago, it was revealed that Billy Bush and NBC have officially parted ways. No word yet on if a settlement has been reached or if they are agreeing to depart but continue negotiations.