Imagine if your grandfather was literally one of the richest human beings in history. That's the life David Rockefeller was born into in 1915. As you may have surmised, David's grandfather was Standard Oil founder John D. Rockefeller. David was the oldest living Rockefeller until his death today at the age of 101. He died peacefully in his sleep at his home in Pocantico Hills, New York according to a family spokesman. At the time of his death, David was personally worth $2.9 billion.

David Rockefeller was born on June 12, 1915. His father, John D. Rockefeller Jr, developed New York City's Rockefeller Center. John's father, the original John D. Rockefeller, was the founder of Standard Oil. At the time of John Sr's death in 1937, when David was 22 years old, he was worth the inflation-adjusted equivalent of $340 billion. John Sr. left the vast majority of his wealth to charity but still set aside sizable fortunes for his children and grandchildren.

David was the oldest of six children. He actually outlived all of his siblings which placed him in charge of the family's business and philanthropic interests. During his lifetime, David gave away over $900 million to a variety of causes. That's the equivalent of donating $24,000 every single day of his life.

David graduated from Harvard University in 1936 then earned a PhD in economics from the University of Chicago. Despite being one of the wealthiest people on the planet, David did not shy away from World War II. He actually enlisted in the Army and served in both France and North Africa in the military intelligence division. After the war ended in 1946, Rockefeller became a part of the family-associated Chase National Bank. Chase soon merged with The Manhattan Company to become Chase Manhattan. He eventually became company president, and served as Chairman until his retirement in 1986. In total, he spent 35 years at the company which today has merged to become JP Morgan Chase & Co.

He frequently used his position at Chase as an opportunity to meet with oppressed people and more than 200 world leaders. He was an early supporter of the then-imprisoned Nelson Mandela and quietly worked behind the scenes to end apartheid. 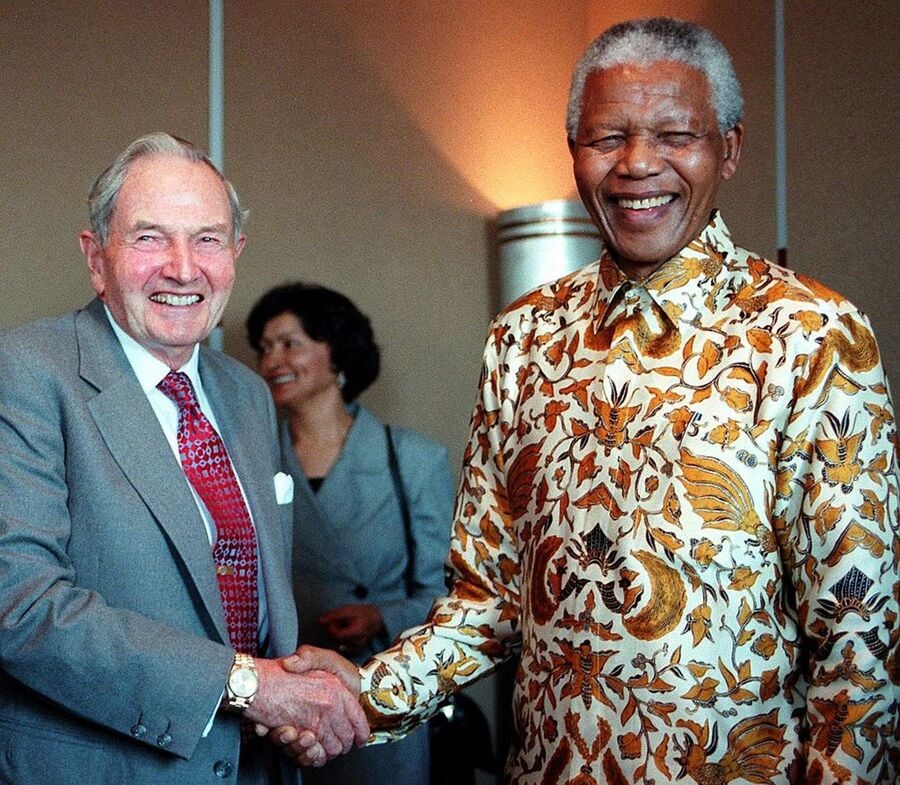 For his philanthropic efforts, David received the Presidential Medal of Freedom, the United States' highest civilian honor, in 1998.

An avid supporter of museums, particularly the New York MOMA, his personal art collection was worth an estimated $500 million. On his 100th birthday in 2015, David announced that he was donating 1000 acres of land in Maine next to a National Park to create an even larger area for the public to enjoy.

RIP David. Thanks for everything you did for the world!