By Brian Warner on October 24, 2016 in Articles › Celebrity News

A young woman in desperate need for an expensive Kidney treatment got the surprise of a lifetime back in 2012. Santa Barbara resident Jennifer Vasilakos was holding a parking lot fundraiser to help pay for a special stem cell kidney treatment that could save her life when a random stranger pulled over to ask for directions. This chance encounter could save Jennifer's life and will definitely renew your faith in humanity today because that random stranger turned out to be the multi-billionaire creator of Beanie Babies, Ty Warner. 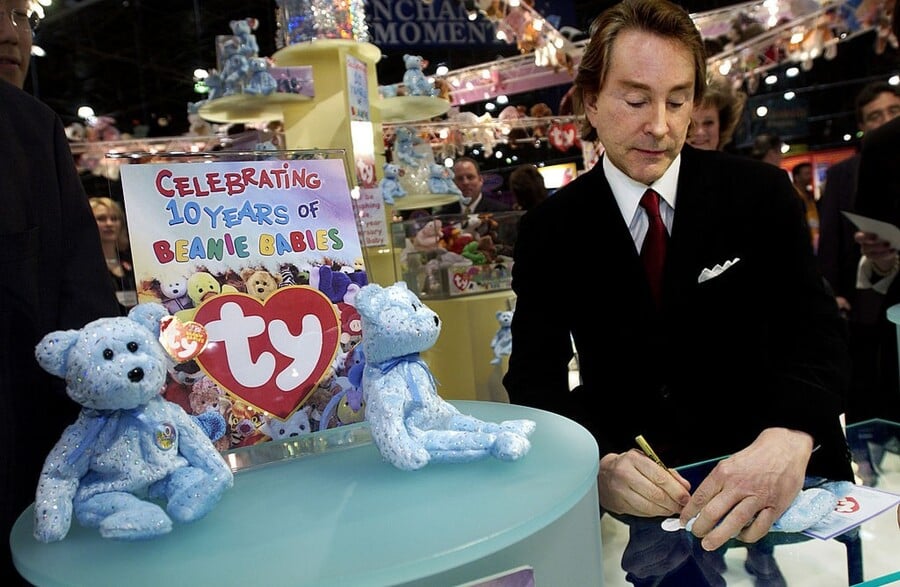 Jennifer's kidneys failed in 2011 and doctors deemed her ineligible for a transplant because she had previously been diagnosed with a form of skin cancer. With the hope of a new kidney gone, Vasilakos now spends fourteen hours per week in dialysis. There is, however, one slimmer of hope for Jennifer, who happens to be an expert in Chinese and Western forms of herbal medicine. There is a potentially life saving treatment for people with Jennifer's kidney situation that is not available in the United States. Autologous stem cell transplantation involves removing blood-forming stem cells, storing them, then giving them back to the patient with the hope that the cells renew and heal the damaged kidney. Even though this medical procedure does not involve the controversial "embryonic" stem cells, it's still not performed in The US. The procedure is performed in other countries but it is not cheap, and neither is traveling to a foreign country for several weeks for the operation and recovery.

So Jennifer set out to raise the money herself, one donation at a time in a public parking lot alongside a busy road in Santa Barbara California. Drivers chipped in some spare change, a $5 bill here, $10 bill there, some very generous people gave $20. Unfortunately, still nowhere near enough to afford the procedure. Until last weekend when angels, sweet lady luck, pure random chance or whatever you want to call it, caused a local resident by the name of Ty Warner to find himself lost and needing directions. While getting the needed directions, Ty inquired about what she was raising money for and wrote a $50 check on the spot to help the cause. That alone would be generous enough for any stranger, but this good samaritan is not an ordinary person. Ty Warner happens to be the billionaire founder of Ty Inc, the company behind Beanie Babies dolls and owner of the Four Seasons hotel in New York City. We actually wrote about Ty a few days ago in our article titled 10 Weird Ways to Become Insanely Rich, check it out, he's #7 with a net worth of $2.4 billion!

Jennifer didn't think much of her road side encounter and she had no idea the man she helped was a multi-billionaire, so you can imagine her amazement when a few days later she received a check for $20,000 in the mail. Enough money to pay for her entire procedure and trip overseas. Turns out, Ty was touched by the woman's story and shocked to find out that her lifesaving treatment was not available in the US. When news of his incredibly generous act became public, Warner released the following statement:

"After I serendipitously met Jennifer, I further educated myself on her stem cell needs. I was shocked that this particular type of treatment wasn't available to her in the U.S. My hope is that we can bring this lifesaving treatment to the forefront so that it can become more readily available and provide alternatives for people like Jennifer."

In case you're wondering how someone could be a billionaire from Beanie Babies, keep in mind that in 1995 alone the company had over $700 million in profits. Ty expanded the company to own a vast real estate portfolio which includes several luxury resorts and golf courses around the world. Ty Warner is known for being very private but also very generous. He has given away and raised millions of dollars for many charities including pediatric AIDS, breast cancer, the Andre Agassi foundation and the Ronald McDonald House.

As for Jennifer, she left August 19th for a foreign hospital to undergo her procedure. We wish her the absolute best and we salute Ty Warner for his incredible act of humanity!