This has not, all things considered, been a great couple of weeks for Bill O'Reilly. While he was on vacation from his top-rated news program The O'Reilly Factor on Fox News, the news came down from on high that the Murdoch family had decided to let him go in light of the snowballing sexual harassment allegations that were causing his show to suffer big advertiser casualties. But now, reports are coming out that O'Reilly may be lining up for a farewell payout worth as much as $25 million in exchange for losing his gig at the channel.

O'Reilly's latest contract with Fox News (before he was fired) had him earning about $25 million a year to host The Factor, up through at least 2020. An anonymous source has revealed that O'Reilly's contract states that he's owed at least a year's salary in the present circumstances, but it's possible that a settlement for a lower amount will be reached. 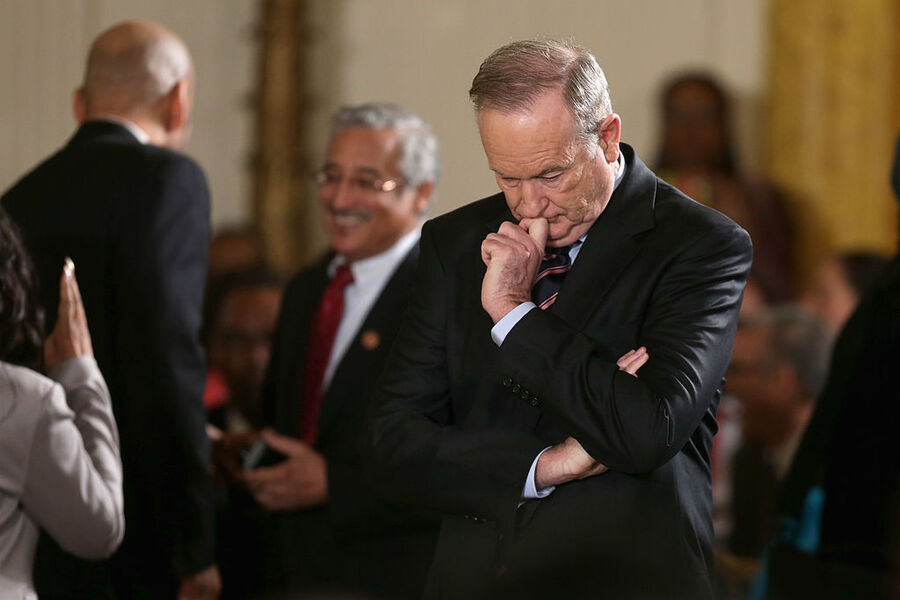 This is the second time in less than a year that a prominent individual at Fox News has been let go for sexual harassment. Former CEO Roger Ailes was booted in July of 2016. Ailes reportedly collected more than $40 million before heading out the door. It's been suggested that Fox News sought to avoid such a payout in the future by adding less expensive exit clauses to O'Reilly's last contract, which was after Roger's troubles.

Whatever O'Reilly ends up getting in exchange for his early exit from Fox News, we're not likely to hear about it from either of those two parties. That's due to confidentiality agreements surrounding the payout signed by both O'Reilly and Fox News' parent company 21st Century Fox, but Fox News at least is probably eager to put the matter behind them. The New York Times report that partially contributed to the Murdochs' decision revealed that O'Reilly and Fox had paid out $13 million in settlements to various accusers' of Bill over the years, and the PR implications of O'Reilly getting paid almost twice that much on his way out are potentially embarrassing for the network.