You probably didn't think of it at the time, but whenever you saw an episode of Bill Nye the Science Guy on TV as a kid, Bill was getting paid. But now, Bill Nye the Science Guy has temporarily taken off his lab coat and replaced it with more courtroom-friendly attire to become Bill Nye the Fraud Lawsuit Guy, hitting the Walt Disney Company and a web of subsidiary companies for more than $37 million in alleged lost profits from the Science Guy TV show. As the lawsuit itself states:

"Plaintiff is informed and believes and thereon alleges that as a direct and proximate result of the Defendants' breach of fiduciary duty, Plaintiff has suffered damages in the amount of not less than Nine Million Three Hundred Fifty Thousand Five Hundred Sixty dollars (USD$9,350,565.00), the final amount to be proven at trial … Plaintiff is further informed and believes and thereon alleges that the Defendants, by breaching their fiduciary duties, enriched themselves, at the expense of the Plaintiff and the BNSG Owners, obtaining ill-gotten profits of not less than Twenty Eight Million Fifty One Thousand Six Hundred Ninety Five dollars (USD$28,051,695.00)." 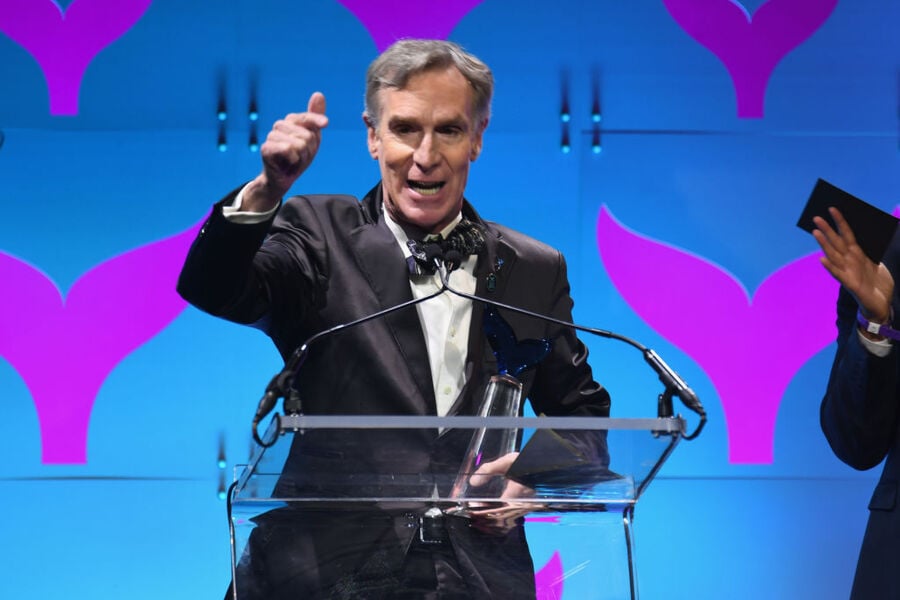 Nye says he got his last royalty check for $585,000 from Disney's Buena Vista Television for Bill Nye the Science Guy in the spring of 2008, when Disney informed him that due to an accounting error resulting in overpayment, Nye actually owed BTV $496,111, and that future royalty payments would cease until Nye paid back this deficit. This made Nye suspicious of Disney's figuring, and he once again changed out of his lab coat to become Bill Nye the Math Guy (the Science Guy's much less exciting sibling) and eventually came to the above numbers, which come to a total of $37,402,260. Buena Vista TV, for its part, had this to say publicly about Nye's action:

"This lawsuit is a publicity ploy and we look forward to vigorously defending it."