By Brian Warner on August 3, 2015 in Articles › Celebrity News

Contrary to popular belief, Presidential candidates are NOT required to release their tax returns or any information about their net worth or assets. Presidents and Vice Presidents are required to do this once a year after they are actually elected and in office. No Presidential candidate made a financial disclosure before the 1970s, and then it was only a loosely followed practice for the next 20 years. But today, releasing tax returns and painting a detailed personal financial picture, it is essentially a requirement for anyone who wants to sit in the big chair. To the point where if a Presidential hopeful, like Mitt Romney, refuses to release his tax returns, it is seen as a huge red flag. What evil secrets could he or she be hiding? They must be involved in some crazy Ponzi scheme or illegal tax shelter that is simultaneously wiping out the 401Ks of average, hard-working Americans and moving jobs to Mexico!

We're still over a year away from the 2016 Presidential election and candidates are already starting to release tons of data about their wealth and tax history. Donald Trump kicked the process off when he announced to the world the he was running for President and had a net worth of $11 billion (that number is likely inflated by $6-7 billion).

Jeb Bush followed suit by releasing 33 years of tax returns that showed he earned $38 million between 1981 and 2013. Jeb pegged his current net worth at $14 million.

Today Hillary Clinton jumped into the financial disclosure race by releasing her and Bill's joint tax returns for the years 2007 – 2014. The disclosure starts out:

"We've come a long way from my days going door to door for the Children's Defense Fund and earning $16,450 as a young law professor in Arkansas—and we owe it to the opportunities America provides."

How far have Bill and Hillary come since those humble beginnings? Well, between 2007 and 2014, the Clintons earned a combined $139 million, mainly from speaking fees. Here's a breakdown of their combined annual income, according to their joint tax returns: 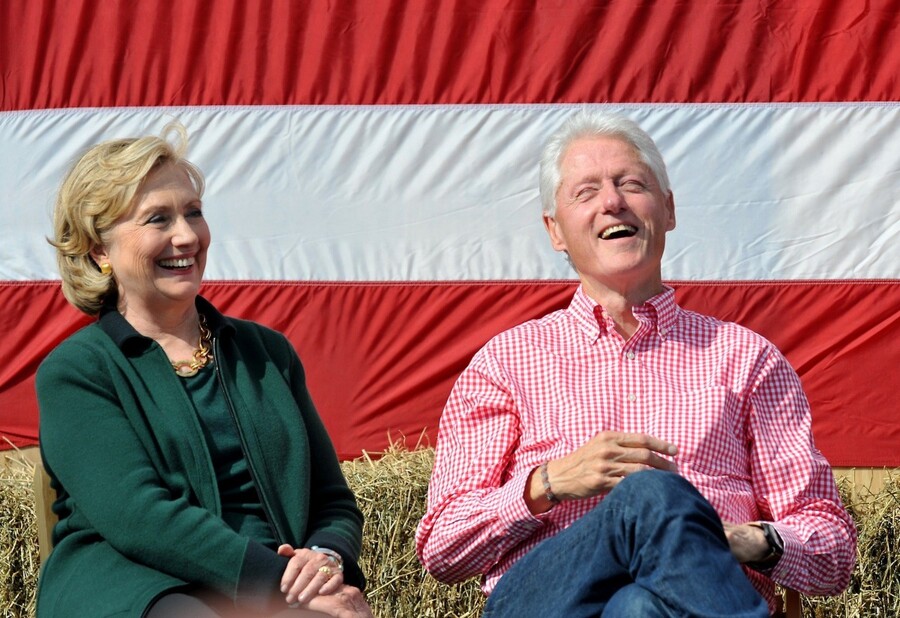 Note the major dip they experienced after the 2008 recession hit. Also note their combined income jumped nearly $9 million in 2013 after Hillary stepped down as Secretary of State and joined the private sector.

In the time period mentioned above, the Clintons donated more than $15 million to charity which, when combined with various other deductions, reduced their taxable income from $139 million to $111 million. Their average federal tax rate over the period was 31.6% and they paid a total of $43.9 million in taxes to the IRS. When local and state taxes were added in, the Clintons paid a tax rate of roughly 45%.

But taxes and income weren't the only disclosures Hillary made today. She also released a letter from her personal physician describing her current health status. According to this letter, Hillary is a healthy 67-year-old woman. There's a lot more detail in that letter, but this is Celebrity Net Worth, not Celebrity Health Worth.

So there you have it. How do you feel knowing that Bill and Hillary earned around $139 million in the last eight years? Do the above disclosures change anything for you and how you may vote next year?