Benevolent Chinese Billionaire Takes 6,400 Of His Employees On A Luxury French Vacation

Hypothetical scenario: You work for a company that is about to pass its 20th anniversary. How do you think the founder of your company would celebrate this occasion? If the company just had a few employees, maybe the boss would treat everyone to a fancy dinner somewhere. Maybe the boss would even give each employee a $100 gift certificate to Starbucks or something. If the company had hundreds of employees, I imagine that the founder wouldn't do much more than send out a celebratory email. MAYBE he or she would go so far as to give everyone in the company a random vacation day. And if the company had thousands of employees, I'm doubting anything would be done at all. The founder would probably throw a lavish party for a small group of executives, right? The founder certainly wouldn't take thousands of his employees on a luxury French vacation. Right? Well, apparently Chinese billionaire Li Jinyuan is not your typical boss…

Twenty years ago, Li Jinyuan founded a company called the Tiens Group in the Chinese port city of Tianjin. The company's first business operation was to export Chinese medicines, Calcium tablets and a generic brand of instant coffee. Tiens eventually went on to hire an army of multi-level direct salespeople to push its products to consumers. The company expanded into selling pharmaceuticals, healthcare products and a wide variety of nutritional supplements.

By 2009, Tiens Group was selling products to over 16 million customers in 190 countries. For some reason, the majority of their customers are in Russia. The Tiens Group is sort of like the Herbalife of Russia and China.

Today the company has 8000 employees and generates over $500 million worth of profits every year. In 2011, Forbes estimated that Li Jinyuan's personal net worth exceeded $1 billion for the first time. His net worth has since dipped to around $800 million. 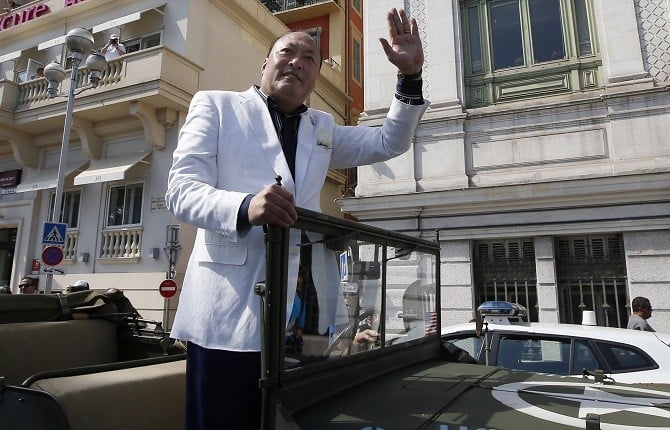 So how did Li Jinyuan choose to celebrate the 20th anniversary of the founding of Tiens Group? Did he send out a company-wide email blast? Nope. Did he treat a small group of top executives to a fancy dinner? Nope. Did he give every single employee a random day off? Actually, yes. But not just one day!

To mark the occasion of the Tiens Group's 20th anniversary, Li Jinyuan took 6,400 of his 8,000 employees on an all-expenses-paid, four-day luxury French vacation! 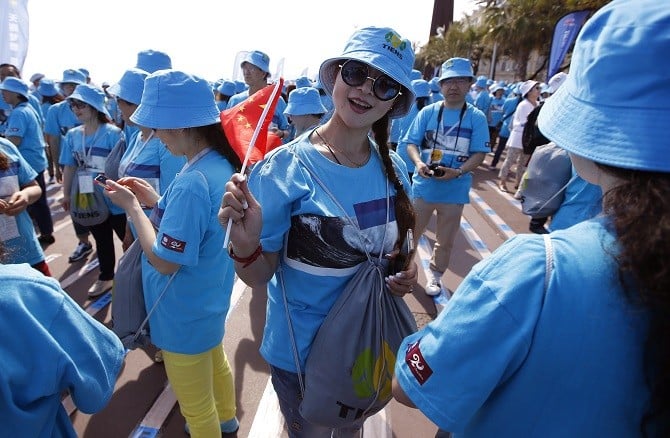 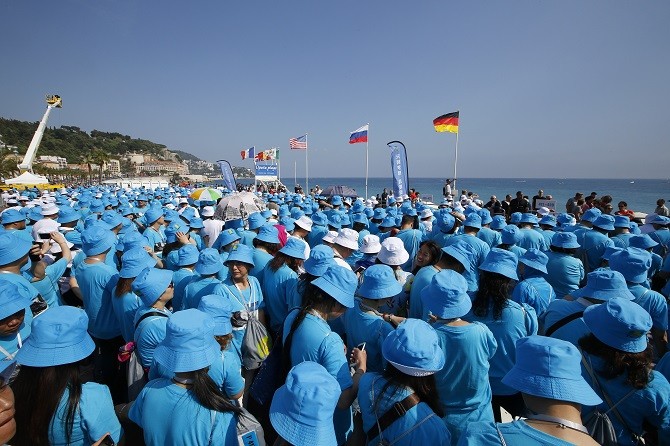 The group started out in Paris, where they received private mass tours of the Louvre and pretty much every other attraction in the city. The employees then traveled to Cannes and Monaco where Mr. Jinyuan booked 4,760 hotel rooms in 79 four- and five-star beachfront hotels.

They group required 147 buses to transport them all around France. While they were in Cannes, they formed a massive human chain to spell out the word Tiens, which is now believed to be the record for the largest human chain ever.

The total cost of this incredible expedition? $37 million. That's a little more than $9 million every day.

This isn't Li Jinyuan's first brush with philanthropy. Over the years he has personally donated over $100 million to charity. Through his company, he has donated another $100 million.

One thing that is worth noting is that the Tiens Group has faced some criticism over the years. Many former employees have come forward to admit/claim that the products sold by the Tiens Group are "medically useless."

Celebrity Net Worth was founded in October 2009. What should I do to celebrate the occasion in October 2019? Maybe I'll take everyone who has liked our Facebook page on an all-expensive party weekend in Vegas 🙂