By Joseph Gibson on September 4, 2020 in Articles › Celebrity News

USA Today reports that actress Bella Thorne had an extremely lucrative debut on the online platform OnlyFans recently, making a cool million bucks in her first 24 hours on the service, and $2 million in her first week, not to mention the priceless free publicity her entry into the world of OnlyFans has gotten for both her and the platform itself.

Page Six claims $1 million is the most anyone has ever made with an OnlyFans in a single day, and her debut on the platform was reportedly so popular that the site temporarily buckled under all the extra traffic. 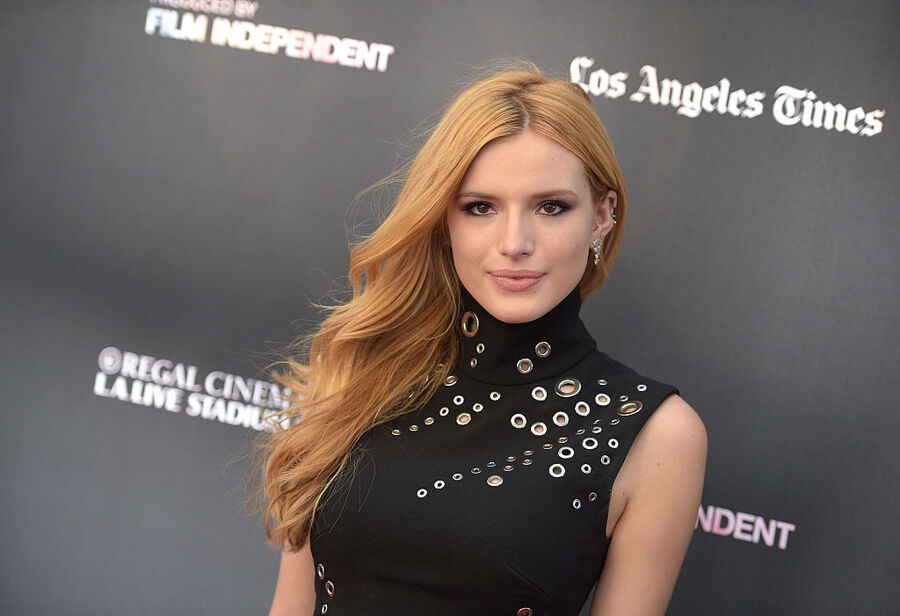 For those not aware, OnlyFans is a social media platform that lets users share photos and video with fans for a monthly rate that they decide. Thorne set her price at $20 per month, giving fans access to content that isn't necessarily the PG-13-rated stuff they get on Instagram or YouTube. Instead, as Thorne recently said in a Paper Magazine interview, OnlyFans offers content creators unfettered control over what they put online:

"OnlyFans is the first platform where I can fully control my image; without censorship, without judgement and without being bullied online for being me."

That means nudity and other forms of explicit content can be seen by those willing to pay, and if Thorne's success on the platform is any indication that includes a lot of interested parties. However, Thorne hasn't actually posted any nudity on the platform, and doesn't intend to, according to a recent tweet from her on the subject. That doesn't appear to have dimmed her fans' enthusiasm, and a rep for the performer tells Variety that she personally responds to every direct message she receives on the platform.

As for what she intends to do with her OnlyFans windfall, Thorne added in the interview above that she plans to put some of the money back into her own production company in order to fund more projects of her own, and the rest to various charities.

The burst of new eyeballs that Thorne brought to OnlyFans hasn't been without its drawbacks, though. After a controversy involving fans feeling "scammed" by the lack of explicit content from Thorne's OnlyFans output, the platform changed some of its policies in ways that sex workers that use it say disproportionately effects them (as opposed to celebrities like Thorne). These new policies include a $50 price limit on pay-per-view content as well as limiting tips to $100 or less, plus increased delays on transferring funds to content creators on the site.

Whether or not these policy changes were as a result of Thorne's debut on OnlyFans, she took to Twitter to apologize for the controversy:

In another tweet, Thorne said that she was meeting with OnlyFans about possibly reversing the recent policy changes.