By Brian Warner on December 23, 2021 in Articles › Celebrity News

In a single week back in August, a handful of China's most-famous celebrities were wiped from the face of the earth. Their crime? Being too famous. In more complex terms, their offense was making the communist party elders concerned that obsession with fame and consumerism was having a negative impact on the population at large.

The most high-profile celeb to be deleted was "Vicki" Zhao Wei. Vicki was like the Chinese Reese Witherspoon in that she was a film star, producer and entrepreneur. Vicki and her husband used their fame and connections to score an equity stake in Jack Ma's new company Alibaba Pictures. That stake eventually grew to be worth over $1 billion after private fundraising rounds. This did not please the Chinese government which has fallen-out with Ma in the last year. So Vicki was deleted from the internet. All of her movies and TV shows were removed from all streaming platforms. Vicki and her husband have barely been seen in public in three months. At one point they were reportedly spotted fleeing via private jet to their villa in France.

The latest celebrity to run-afoul of the Chinese government is an influencer who goes by "Viya." Real name Huang Wei, Viya is a bit like the Kylie Jenner of China. Imagine if Kylie Jenner had huge following on Amazon instead of Instagram and imagine if she used that Amazon following to sell her products through QVC-style livestream marathons.

November 11 in China is a holiday called "Singles' Day." The day celebrates people who are not in relationships. A decade ago, China's e-commerce sites began hosting 24-hour sales events on Singles' Day. It's become like Amazon Prime Day… times a thousand.

This year on Single's Day Viya sold over $1 billion worth of products from her dedicated Taoboa livestream. 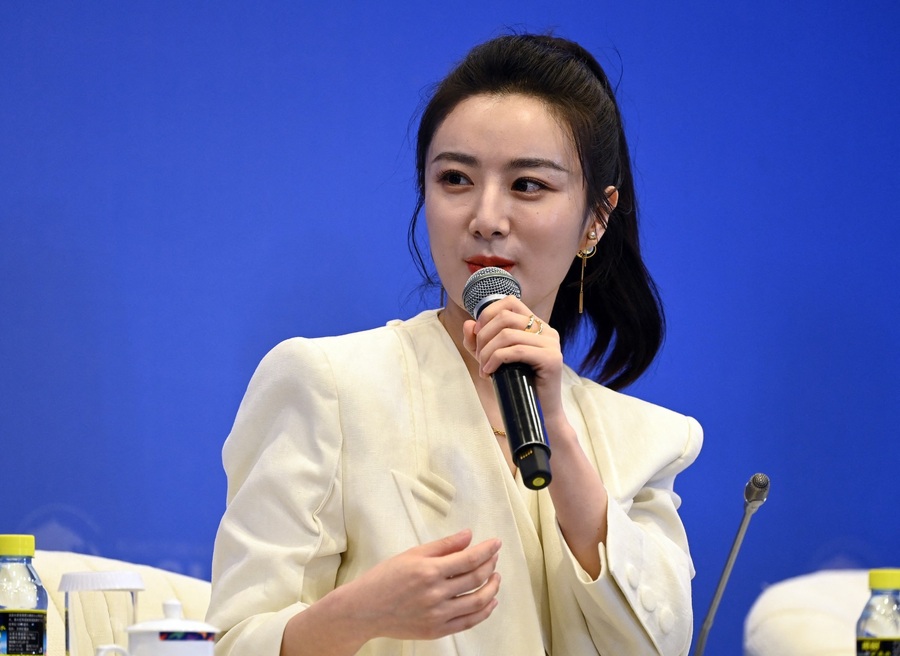 (Photo by STR/CNS/AFP via Getty Images)

It's not totally clear where Viya went wrong or what she did to earn the attention of the powers-that-be in Beijing, but boy did she earn their attention.

This week, the communist party announced that it had fined Viya $210 million to settle tax evasion charges. It is the biggest single fine levied against a celebrity… so far.

Perhaps hoping to get back in their good graces, and have her social media accounts restored, Viya released the following statement when the fine was announced:

"I'm deeply sorry about my violations of the tax laws and regulations. I thoroughly accept the punishment made by the tax authorities."

Man. If only the US government had the balls to delete celebs. I wouldn't mind never hearing from or seeing Jake Paul ever again 🙂