By Joseph Gibson on April 6, 2019 in Articles › Celebrity News

First released in November of 2018, Michelle Obama's memoir Becoming is continuing to sell in numbers that are rare in the world of publishing, particularly the publishing of celebrity memoirs. Penguin Random House says that when figures for sales of hardcover copies, as well as audio books and e-books are factored in, they've moved some 10 million copies of the book and counting – which some are saying already makes it the best-selling memoir ever published (and well worth the $30 million advance she was paid to write it).

Markus Dohle is the chief executive of Penguin Random House, and he made it clear in his recent comments to The Wall Street Journal that the book is a possibly unprecedented success in its genre:

"I'm not aware, in my personal experience with Penguin Random House, that we ever sold 10 million units of a memoir." 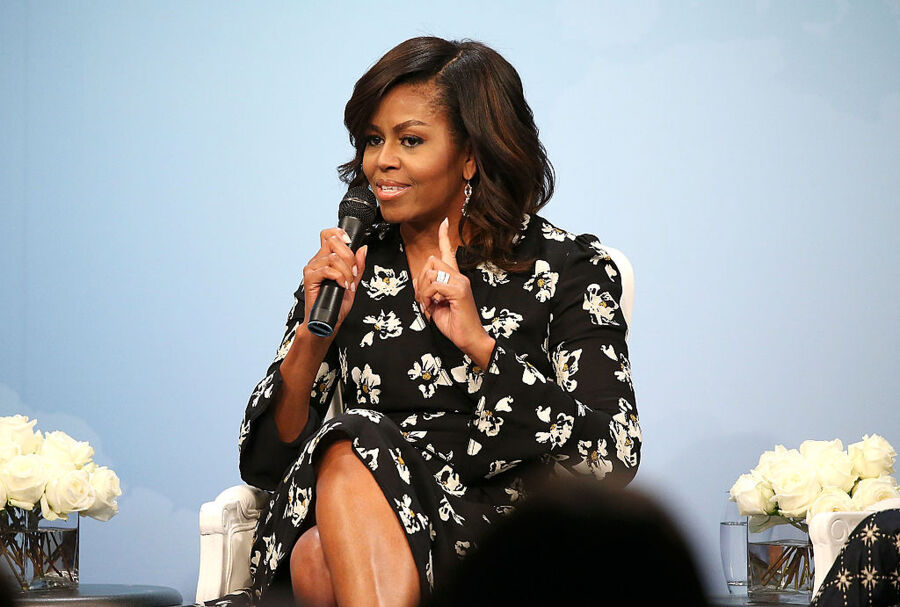 The distinction is not the first in Becoming's life as a publishing phenom. When it sold a total of 725,000 copies on its first day of release, and two million copies (within the North American region alone) in the following two weeks, it qualified as the fastest-selling book of the year. And when 2018 came to an end, the biggest-selling hardcover book of the year was Becoming, by Michelle Obama.

Michelle Obama has bolstered sales of her memoir by way of an extensive promotional tour that has seen her speaking to crowds numbering in the thousands across the United States. She's made talk show appearances and courted famous friends like Oprah Winfrey and Sarah Jessica Parker for assists in some of her speaking engagements, and the success of the former First Lady's speaking tour has led her to extend what was originally a relatively short ten dates to 21 additional ones.

Anyone with a successful marriage will tell you that it isn't a competition, but just in case you were wondering: The Washington Post points out that Michelle has pretty much bested Barack at the memoir selling game, since the latter's successful Dreams From My Father and The Audacity of Hope have sold – together – a total of about 7.5 million copies in the US and Canada.