If 'Beauty And The Beast' Makes Enough Money, Emma Watson Will Score Up To $15 Million

If Emma Watson seems a little bit distracted this weekend, it's because she's got some real financial incentive to pay close attention to Beauty and the Beast box office grosses. She earned $3 million upfront to play Belle in the live-action remake of the Disney animated classic, but according to a recent report in The Hollywood Reporter she stands to make an additional five times that much if the movie turns out to be a Maleficent–level hit.

Maleficent had a worldwide box office gross of $759 million, and Watson's contract reportedly calls for an extra $15 million bonus if Beauty and the Beast pulls in "similar" numbers. It's expected to do so, and analysts have predicted an opening weekend of at least $120 million in North America alone, so maybe Watson won't be nervously checking Box Office Mojo on her phone all weekend after all – it's fun to imagine, though. 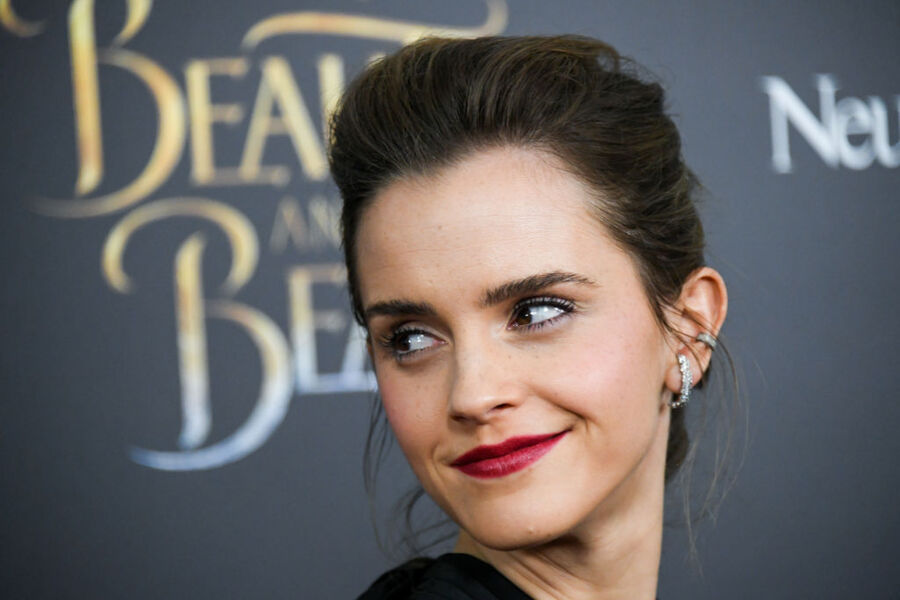 According to one anonymous producer quotes in the THR story, Watson was lucky to get such a deal, particularly from a studio that's become notorious for penny-pinching in recent years. If there's another thing Disney is notorious for, it's the fact that they don't really need movie stars in the conventional way to sell a movie to a mass audience, especially when it's based on as beloved a film (or, sorry, a piece of intellectual property) as the original Beauty and the Beast:

"The IP is the star of the movie," said a producer. "If you hired Jennifer Lawrence as Belle, would it really make a difference in the opening [of Beauty and the Beast]? Unlikely."

For Watson's part, she earned a reported $60 million for her work in the Harry Potter film series, but she's been absent from big budget franchises (and their accompanying huge salaries) since it ended – so her Beauty and the Beast deal can, and more than likely will, signal her return to the sphere of extremely well-compensated stars.