Barack Obama Says He's "Surprised By How Much Money" He Has

Former President Barack Obama delivered a speech in Johannesburg, South Africa earlier this week, to commemorate the centennial anniversary of the birth of former South African President Nelson Mandela, who passed away in 2013. In it, the subject of wealth inequality in the United States came up, and Obama said, with some mixture of humor and sincerity, that even he is "surprised" by how much wealth he's been able to accumulate over the course of his life.

The Hill reports that during his speech Obama went on to say that a person of his wealth or even much greater riches should be more than happy to be taxed at higher marginal rates in order to help those less fortunate: 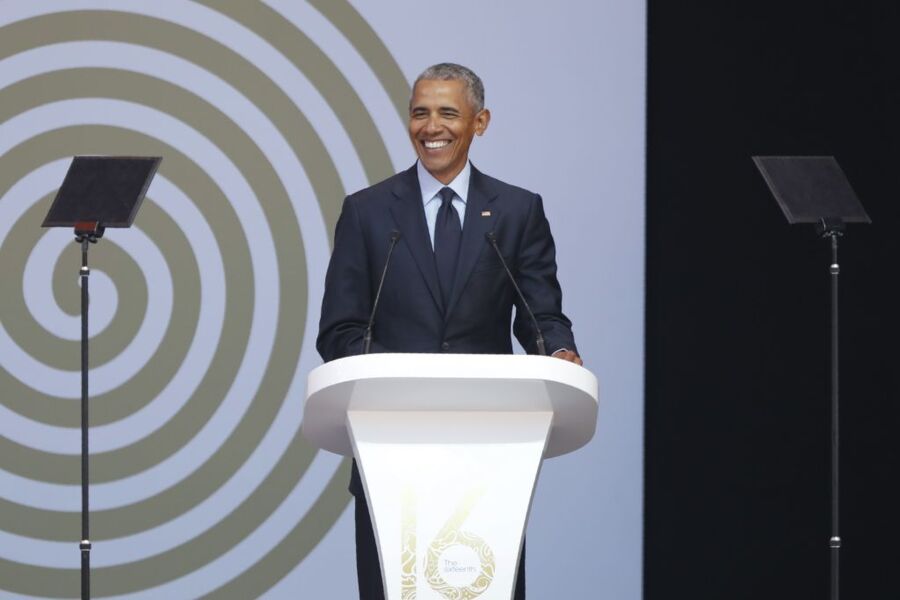 Obama's statements on greed are part of what was his biggest public speech since he left office at the beginning of 2017. And on the subject of wealth, he also made a direct reference to ways to close wealth gaps not just within individuals but between different countries as well.

And when he said he can afford to pay a little more taxes, he wasn't kidding. He and wife Michelle are reported to have pulled in somewhere in the neighborhood of $20 million between 2005 and 2016, mostly through book deals but also through public speaking engagements.