Barack Obama Said This Was The Scariest Night Of His Presidency

By Joey Held on February 9, 2017 in Articles › Celebrity News

Barack Obama was President of the United States for 2,924 days. Naturally, some great things happened during that timeframe, but there were also a few things that made the former president sweat.

The scariest moment of all was the night it looked like the U.S. would have to mint a coin worth $1 trillion to avoid a government shutdown and defaulting on its debt.

Obama appeared on "Pod Save America," the new podcast from Crooked Media, which consists of former Obama staffers and speechwriters. He was asked what his scariest moment in the White House was.

"I think it was the moment when it seemed that [Speaker of the House] John Boehner didn't seem to generate the votes to make sure the U.S. didn't default on our debt," Obama said. "There was this theory that I had the authority to issue through the mint this massive $1 trillion coin and on that basis we could try to pay off US Treasuries." 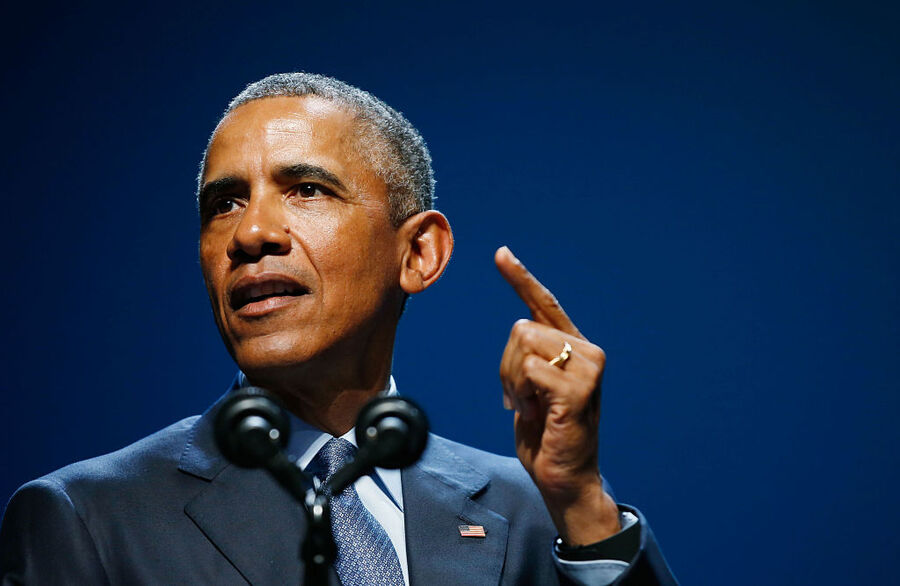 He continued: "It was a very realistic possibility that we couldn't get the votes for that and we couldn't get those debts rolled over and we would be in a situation where we were technically in default. At that point you were in uncharted territory."

With the very real possibility of a government shutdown and default – which would have lowered the country's credit rating – the trillion dollar coin was considered an option for dealing with the national debt. Though any size coin could be minted and be worth $1 million, Obama pictured something massive.

"It was some primitive… it was out of the Stone Age," he said. "I pictured rolling in some coin."

The uncertainty of everything only added to the pressure. Not only had something like this never been done before, Obama's team was discussing the legality of potential actions that would avoid defaults as well as the possibility of getting sued by investors around the world holding U.S. bonds.

In addition to talking with Secretary of the Treasury, Jack Lew, and his speechwriters about a speech, Obama had to have conversations with lawyers about the potential new challenges from global bondholders.

With all of that put together, it's no wonder Obama said "it wasn't my favorite night."

Fortunately, the United States ended up not defaulting, and for now, there's no trillion dollar coin – big or small.