By Marvin Jules on February 3, 2017 in Articles › Celebrity News

Barack Obama has been taking a well-deserved vacation with his wife, Michelle, after his second term as the 44th President of the United States came to an end last week. After an eventful eight years that saw the United States elect its first African-American President not once, but twice, the 55-year-old former president undoubtedly has a bevy of things to write about. And if experts are correct, he will receive a massive amount of money for his first post-presidential book.

According to experts, Barack Obama could receive more than $20 million in advance for a post-presidential memoir. According to Esther Newberg, who is the co-head of ICM Partners' publishing unit, an Obama memoir would "go for more than any president's memoir has ever gone." She went on to say, "Not only was he the first African-American president and hugely popular, he's already shown us that he can, in fact, write," said Newberg.

President George W. Bush received $7 million for his 2010 book Decision Points, which sold 2.6 million copies, while Bill Clinton received $15 million for his 2001 memoir entitled My Life, which sold 2.2 million copies. Julian Zelizer, a presidential historian from Princeton University, says that sales for an Obama memoir will undoubtedly be higher than both Bush and Clinton's book. 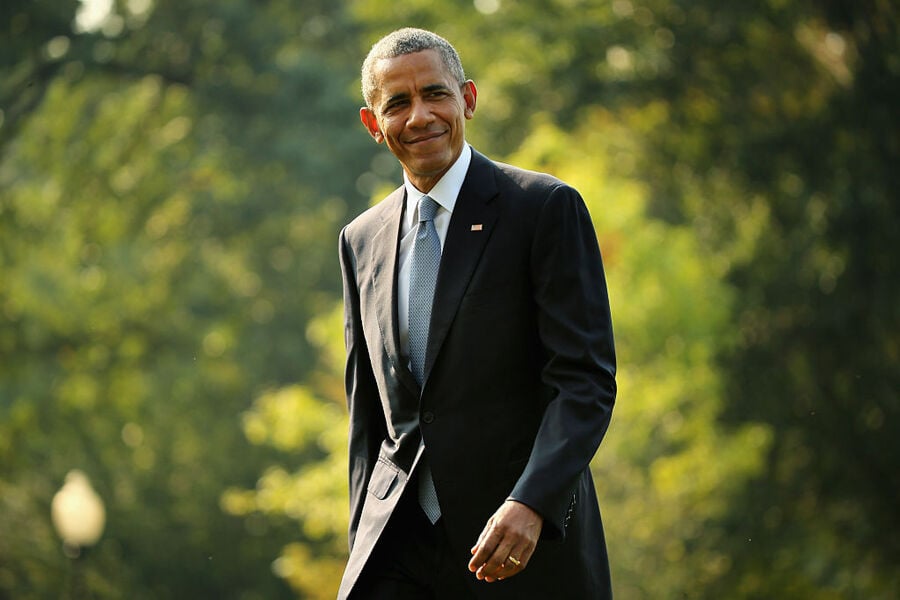 'There is broader fascination with Obama, from conservatives who really hate him as well as liberals who deeply admire what he did,' said Zelizer.

Obama has already written three books, the 1995 international bestselling memoir Dreams of My Father, the 2006 New York Times Bestseller The Audacity of Hope: Thoughts on Reclaiming the American Dream, and the 2010 children's book Of Thee I Sing: A Letter to My Daughters. Those three books combined sold over 4 million copies and earned over $10 million in sales.