By Marvin Jules on February 10, 2017 in Articles › Celebrity News

While Barack Obama is currently enjoying himself on a much-needed vacation (photos of him kitesurfing with Richard Branson surfaced on the Internet earlier this week) more information is coming out about the things he did while he served as the 44th President of the United States. According to an analysis of Obama's tax returns from 2009 through 2015, he donated over $1 million of his own money to charities while he served as President of the United States.

How exactly was Barack Obama able to donate that much money while he was serving as President? He made a total of $10.8 million before taxes while serving as president. Of that total, $7.5 million came from sales of his books, Dreams From My Father (which made $4.5 million), Audacity Of Hope, and Of Thee I Sing: A Letter to My Daughters (the two aforementioned books made $3 million combined). He earned a salary of $3.1 million as the commander in chief, and he made an additional $120,000 from miscellaneous sources.

Obama donated his money to a variety of different causes, but the cause he overwhelmingly gave the most support to centered on children; he gave away over half of his donations to causes that support children. He gave $48,000 to Boys & Girls Clubs, $19,500 to the Mosaic Youth Theater Of Detroit, and $13,500 to the Christopher House, which is a group based in Obama's hometown of Chicago that support poor working families. He also gave $20,500 to groups fighting hunger in Illinois and $11,500 to a Chicago's Midtown Educational Foundation. 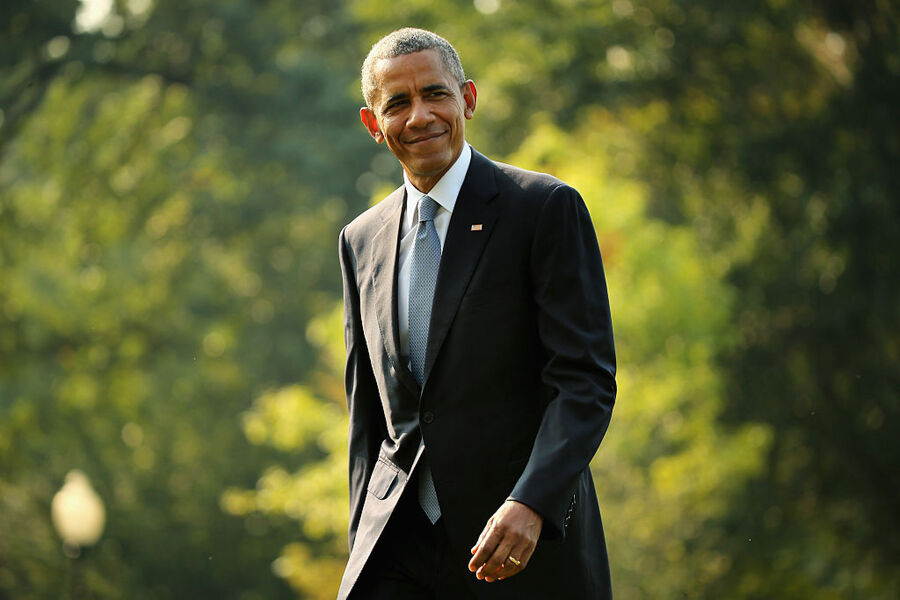 The largest beneficiary of Obama's donations was the Fisher House Foundation, which supports families of veterans. They received a total of $392,000 from the former president, money that appears to have come from Of Thee I Sing. The former president pledged to donate all of his post tax proceeds from the book to the Fisher House Foundation in order to support a scholarship fund for children of wounded and fallen soldiers.

In addition, Obama donated money in the wake of tragedies, including the Boston bombing in 2013 ($2,000 to a fund that helped families affected by the bombing), the Sandy Hook shooting in 2012 ($2,000 to the Sandy Hook Promise Foundation, which promotes gun control), and the Haiti earthquake in 2010 (he donated $16,000 to the Clinton Bush Haiti Fund).