By Joseph Gibson on January 10, 2017 in Articles › Celebrity News

One good thing about being president/married to the president is it's extremely easy to get a book deal once you move out of the White House. The Obamas are no different. The Obamas are close to signing a package book deal worth as much as $20 million each, and publishers are reportedly interested in what is referred to in the industry as "the dirt." Here's how one person in the publishing world characterized how a book by Michelle could be worth as much as or even more than Barack's:

"If I jump into the bidding, I'd definitely offer more for her story than his. He's a known quantity, she's the golden goose with the best dishy stories about her White House life. And I think she can be very catty." 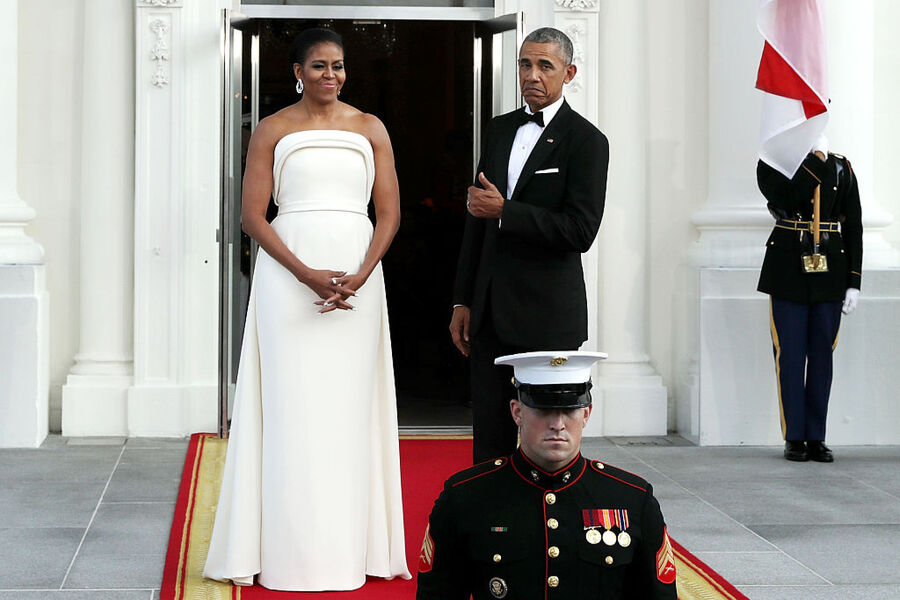 Should the Obamas decide to actually collaborate on a book, inside sources suggest that the resulting book deal would be worth "many millions of dollars more," especially since they both have sky-high approval ratings relative to other departing presidents and First Ladies in recent history. And if the Obamas are interested in maximizing their advance, one editor has some advice on what their book (or books) need to contain:

"We want to hear what the president's true reaction was when Benghazi happened, when he first learned about Mrs. Clinton's secret email server, and how he felt about Mrs. Clinton's failed candidacy, and his true feeling about Donald Trump – all of that needs to be told in no uncertain terms, because that's what the public – the book buyers – are interested in hearing."

It's a little bit difficult to imagine the protocol-obsessed Obama engaging in any explosive gossip for a memoir, and the same is true of Michelle. But apparently the world's top publishers are optimistic that it could happen, and they're willing to spend $40+ million to help make sure it does.