Today Is Allen Iverson's 44th Birthday. On This Day In 11 Years He'll Inherit Half Of A $30 Million Reebok Trust Fund

By Brian Warner on June 7, 2019 in Articles › Celebrity News

Life after basketball has not been kind to former NBA All-Star Allen Iverson. Unfortunately, an athlete going broke in retirement is becoming a fairly common story, but Iverson's fall from grace is turning out to be especially shocking and sad. This is a guy who at one point was one of the highest paid athletes in the world, earning more than $20 million per season in salary alone. Fast forward just a few years and Allen has at various times been essentially bankrupt, with over a million dollars worth of debt. On the other hand, there is a bright side. As part of his divorce proceedings, it was revealed that at the peak of his career, Reebok set aside a $30 million rainy day trust fund for Iverson. The problem is, he can't touch it until 2030, when he is 55 years old. Today, June 7, 2019, is Allen's 44th birthday. That means this exact day in 11 years will be a very very good day for Mr. Iverson. But it will only be around 50% as good as it could have been, for reasons we'll explain below…

During his 15 seasons in the NBA, Allen Iverson was an 11 time All Star, league MVP, rookie of the year and a four time NBA scoring champion. In 2008, ESPN ranked him as the fifth best NBA player of all time behind George Gervin, Jerry West, Kobe Bryant and Michael Jordan (in that order). As an NBA player, Allen Iverson made $154.5 million in salary alone. His peak earning season was 2008-2009, when he was paid $20.8 million by the Detroit Pistons. His largest career contracts include a $71 million six-year deal in 1999 and a $77 million four-year deal in 2003.

After feuding with the 76ers management during the 2005-2006 season, Iverson spent the final five years of his career bouncing around the league putting up seasons that were mostly memorable for his lackluster performance and more feuds. Allen attempted to put together a comeback oversees by playing for a team in Turkey and another in China. Neither experience was a success. 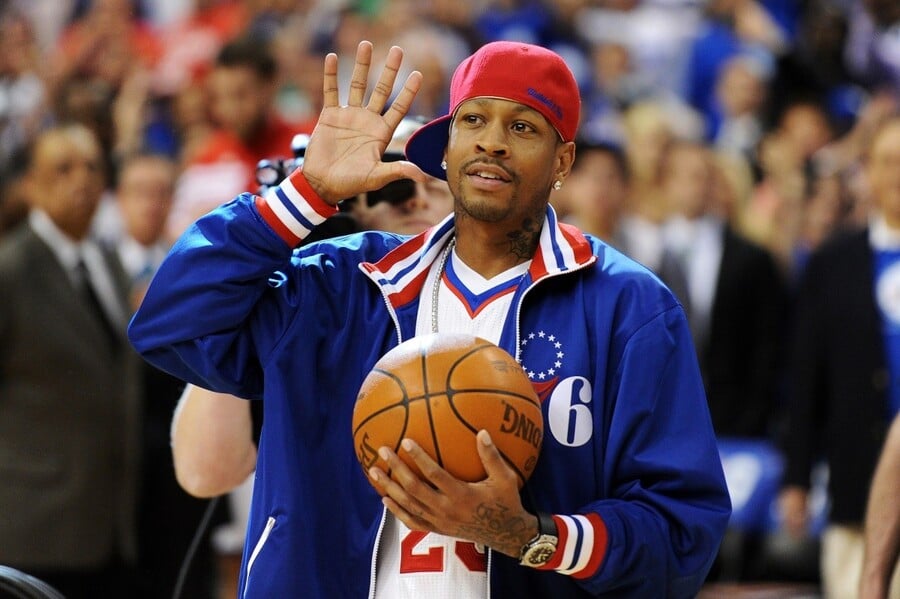 Throughout his career Iverson's wasteful spending was legendary. He frequently traveled with an entourage of up to 50 people. He showered these same people with luxurious jewelry, expensive cars and exotic vacations. He was also a bad gambler in both senses of the word. Iverson was known to drop over a million dollars gambling in a single evening in Las Vegas and Atlantic City. Allen's financial problems came to light after his wife of eight years Tawanna filed for divorce and demanded custody and full support for their five children. In a December 2012 court disclosure, Iverson told a judge that his monthly income was $62,500 but his expenses were $360,000! Of that $360k, $125k went to paying back various creditors and another a large chunk goes to mortgages. Iverson-owned homes in Denver and Atlanta were eventually lost to foreclosure and a Georgia judge ordered him to repay nearly $900,000 to a local jeweler.

This is where things get a bit tricky. As stated above, the divorce proceedings taught us that Allen was essentially $1 million in debt and losing more than $200,000 every month. Furthermore, we heard stories about Allen's continuing struggle with alcohol and his inability to maintain a job. But despite all the bad news, we also learned that Allen is actually still a very rich man with millions upon millions of dollars in the bank. There's just one small catch – He can't touch any of it for 11 years. On June 7, 2030.

It turns out that back at the peak of his playing days, Allen signed a lucrative endorsement contract with shoe company Reebok. At the time of signing, $30 million from the contract was set aside as a rainy day trust fund that Allen will inherit when he turns 55.

Even if he desperately needs the money now, he wont get a dime for 11 years. And to make matters worse, when he does finally inherit the trust it will be $15 million less than he originally planned. That's because Allen's ex-wife Tawanna was awarded 50% of the rainy day fund, to be delivered at the same future date.

Whether or not Allen can borrow against the money now is unclear. It's also unclear if the money is being invested, though it's likely not. Either way, I bet Allen CAN NOT wait for the next 11 years to go by!