By Beth McDonald on February 10, 2016 in Articles › Celebrity News

What is 50 Cent thinking? Six months after filing for bankruptcy, rapper 50 Cent has angered the court and his largest creditors by posting photos and videos of himself surrounded by stacks money and boasting on social media about buying a house in Africa. He's also been posting photos of himself making (paid?) appearances at numerous entertainment events.

50's largest creditors, to whom he owes $25 million, recently complained to the court that the rapper, whose real name is Curtis Jackson, has not been up-front with his financials, and his social media posts prove it. His social media antics, whether real or just for show, have rankled his creditors so much that they now want to put a lawyer in charge of 50 Cent's business affairs and financials, and make him pay his debts within the next five years. A judge is expected to rule on the proposal at the end of the month.

How did 50 Cent go from being one of the most successful rappers and business moguls in the world to having creditors pick apart his dwindling fortune? We'll break it down for you:

It only took a little more than a decade for 50 Cent's star to implode. After surviving nine gunshot wounds, he catapulted to fame in the early 2000s with his breakout album "Get Rich or Die Tryin'." His success as a rapper, including album sales and concerts, easily generated millions of dollars over the years. However, he padded his musician's salary with endorsements and other business ventures, including record company G-Unit, flavored-water brand Vitaminwater, as well as product partnerships with Reebok and Marc Ecko. He even appeared in several movies and television shows, including Southpaw, Spy, and Entourage. 50 Cent also put millions of dollars into investment accounts with Merrill Lynch, Credit Suisse, and Goldman Sachs. All told, 50 Cent had made almost a half a billion dollars in only a few years by the mid-2000s, according to the New York Post. 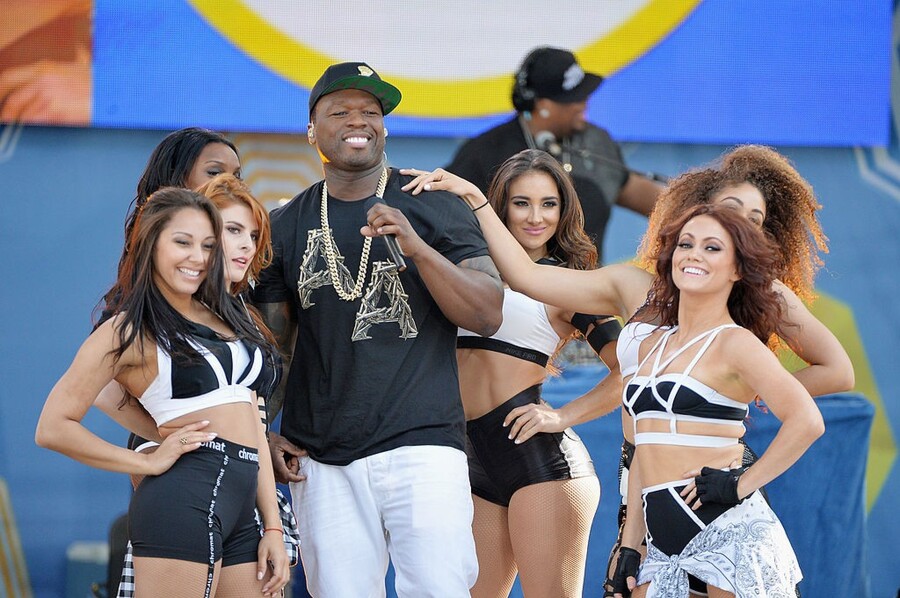 What's a rapper to do with all that money? Spend it! Over the next few years 50 Cent invested in lavish properties, including dropping $4.1 million for his 21-bedroom and 25-bathroom Connecticut mansion (which costs $72,000 a month just to maintain!), high-end cars, jewelry, and other luxuries.

However, his lavish lifestyle, soured business deals, and personal disputes began to eat away at his fortune. In 2014, 50 Cent was ordered by the courts to pay headphone maker Sleek Audio $18.4 million for stealing trade secrets and violating their partnership agreement. In 2015, he lost a court case and was ordered to pay Lastonia Leviston $7 million for releasing a sex tape featuring Leviston without her permission.

After the court rulings, 50 Cent declared bankruptcy in mid-2015. Court documents show not only did he owe millions of dollars to Sleek Audio and Leviston, but his lavish $100 thousand-a-month lifestyle was rapidly draining his coffers. Although he's trying to sell his mansion for $8.5 million, new court documents indicate his real estate holdings are only worth about $8.8 million. He's also got $7.4 million in cash and investments, leaving him with total assets of $16.2 million. With the money owed from his two lawsuits plus other expenses, such as his mortgage and child support, his liabilities total over $32 million. After his bankruptcy filing is complete and his creditors collect their money, 50 Cent may actually be worth, well, about 50 cents.