By Joseph Gibson on September 5, 2016 in Articles › Celebrity News

Terminator 2: Judgment Day is arguably the first modern super-blockbuster, a CGI-packed science-fiction franchise tentpole complete with catchphrases and multiple action-figure-ready characters. It was also and remains a massive smash hit, as well as an enduring pop culture phenomenon, and one of the biggest reasons why, is one Arnold Schwarzenegger. Arnold appears in a quasi-reprise of his role in the first Terminator movie, and he was the biggest star and box office draw in it, but you still might have a hard time believing how much his $15 million payday came down to in per-line earnings.

Cyborgs aren't supposed to talk much, which explains why Schwarzenegger's T-800 only has 700 words of dialogue in the final cut of the movie. Rounded up to the nearest dollar, that comes to $21,429 per word – not a bad way to earn a living, and proof that Arnold isn't one of those actors who insists on having the most dialogue in a movie. It's also a pretty good upgrade over what he got in The Terminator seven years earlier. For that movie, which was made on a much, much smaller budget than Terminator 2, Arnold got $750,000. But since, as a largely-silent metallic predator, he had even fewer lines in the earlier film (57, to be exact), he still pulled in a decent per-word salary of a little over 13 grand. 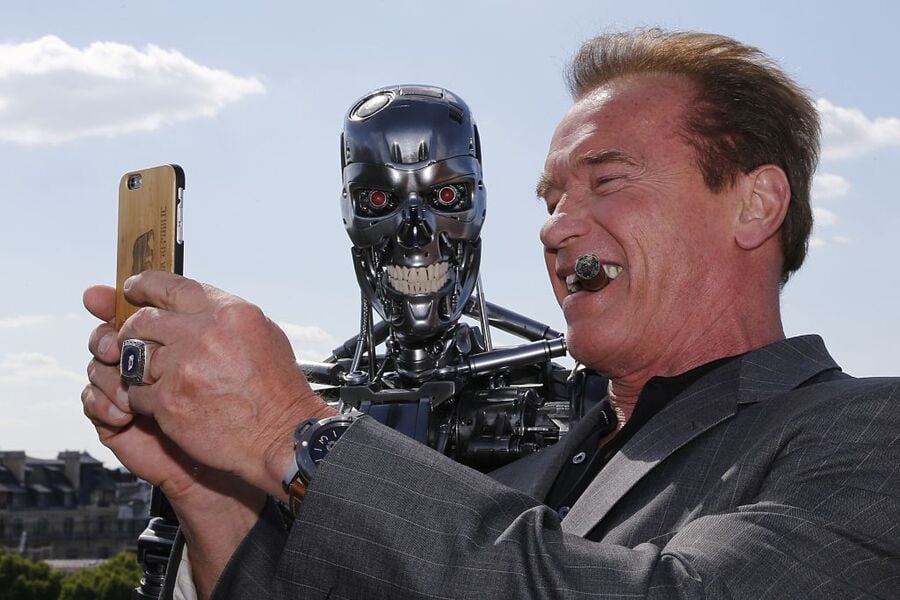 It's an interesting way to think about movie star salaries, provided you have a way to count up lines of dialogue (or if you don't mind trusting the sources on such things you can find online). It's also a good illustration of how much of a star Arnold Schwarzenegger had become in the intervening years between The Terminator and its mega-budgeted sequel: He got paid $85,716 just to say "hasta la vista, baby."