By Brian Warner on September 26, 2016 in Articles › Celebrity News

As you may have heard by now, Arnold Palmer died last night at the age of 87. Palmer obviously was a golf legend, but he was also a marketing and business legend. Many sports insiders consider him to be the father of modern-day sports marketing. For example, it could be argued that without Arnold Palmer's blueprint, there's very little chance that Michael Jordan would be a billionaire today.

And Palmer wasn't exactly a slouch in the earnings department. At the time of his death, Arnold Palmer's net worth was $700 million. That's enough to make him one of the 10 richest athletes of all time. And just like Michael Jordan, the vast vast vast majority of Palmer's earnings came outside of playing his professional sport. Here's a quick look back at how it all came to be…

Arnold Palmer earned a total of $7 million on the course as a professional golfer. He signed his first endorsement deal in 1959 with the golf club maker Wilson. Terms of the deal required Palmer to give the clubs back if he ever quit playing. He did not quit.

The endorsements kept piling up thanks to Arnold's likability and "every-man" persona. He soon earned the nickname "The King" which reflected both his dominance on and off the golf course. Whenever one of his endorsement deals came up for renewal, a rival sponsor was waiting in the wings to increase the offer. That's how Palmer hopscotched from endorsing one airline to another, one hotel to another, one car to another. And with each jump, the paycheck jumped. 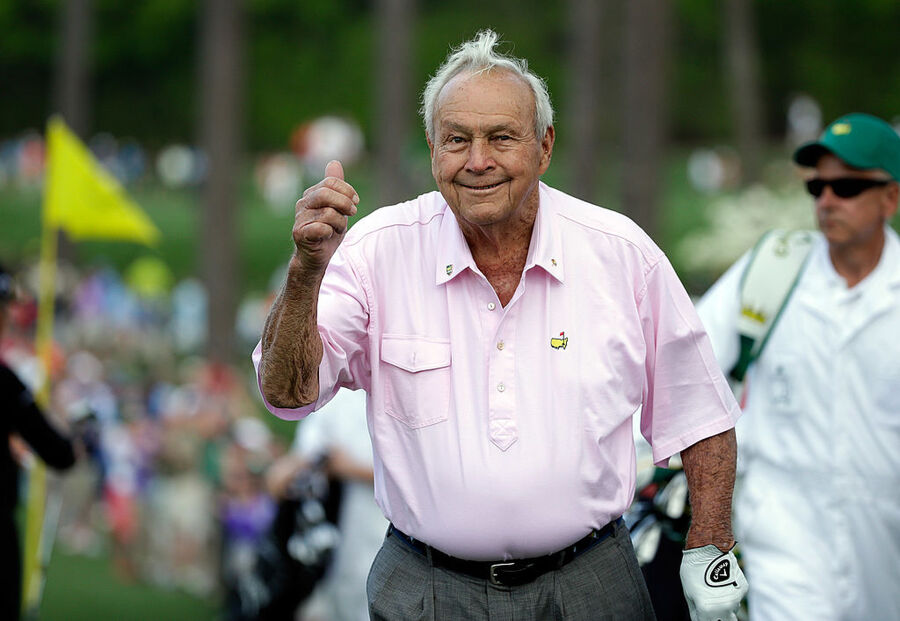 Palmer is credited with being the first athlete to turn success in his chosen sport into a money making machine. Through his company, Arnold Palmer Enterprises, his name has been marketed, promoted, branded, and licensed like no other, in large part due to the strategy he and his agent, Mark McCormack, have employed over the last 50+ years.

The basis of their strategy was two-fold. #1) He wouldn't endorse or pitch a product he didn't think was any good or use himself. He thought it was dishonest and would be obvious to the public. #2) Endorsements would never be tied to winning, since eventually everyone stops winning. Instead, they would be tied to what people liked and admired about Palmer, his character, integrity, approach-ability, etc…

On last year's list of the highest-paid athletes in the world Arnold came in at #5 with earnings of $40 million. He was 86 years old at the time.