Arnold Palmer Earned $1.3 BILLION From Endorsements During His Lifetime

By Brian Warner on September 26, 2016 in Articles › Celebrity News

Arnold Palmer died Sunday at the age of 87 due to complications related to heart issues. During his lifetime, Palmer was famous for being a golfer, but it was his revolutionary sports marketing that made him legendary. Today's insanely rich athletes like Tiger Woods, Michael Jordan and Kobe Bryant all owe Palmer a huge debt of gratitude for the trail he blazed and the blueprint he created.

At the time of his death, Arnold was one of the wealthiest athletes of all time with a net worth of $700 million. And of that $700 million, only a teeny tiny fraction actually came from playing golf. Arnold's total on-course earnings were $7 million… and that's after adjusting for inflation.

Palmer was the first athlete to really turn product endorsements into an enormous money making machine that lasted his entire life. In 2015, when Arnold was 85 and hadn't swung a golf club professionally in over a decade, he made $40 million. 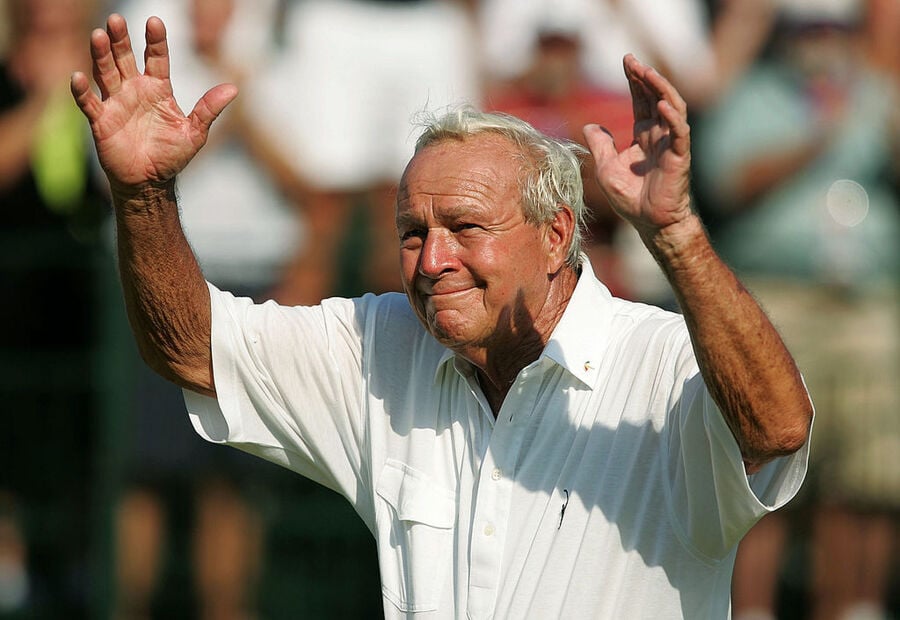 He signed his first endorsement deal in 1959 with the golf club maker Wilson. Terms of the deal required Palmer to give the clubs back if he ever quit playing. He did not quit. The endorsements kept piling up thanks to Arnold's likability and "every-man" persona. Through his company, Arnold Palmer Enterprises, his name has been marketed, promoted, branded, and licensed like no other. Arnold endorsed a wide range of brands including United Airlines, Holiday Inn, Westin, Qantas, Rolex, Ford, Heinz ketchup, Allstate Insurance, Pennzoil, Hertz and many many more.

During his lifetime, these endorsement deals paid Arnold an astonishing $1.3 BILLION after adjusting for inflation.