Celebrities and other big-shots are known to throw extravagant dinner parties as fundraisers. But a $40,000 a plate dinner like the one thrown by actress Sarah Jessica Parker for Barack Obama's reelection campaign isn't generally the kind of function you stop in for a quick bite to eat. Music legend Aretha Franklin apparently thought otherwise, though, as she's been reported to have only stayed at the dinner for twenty minutes! 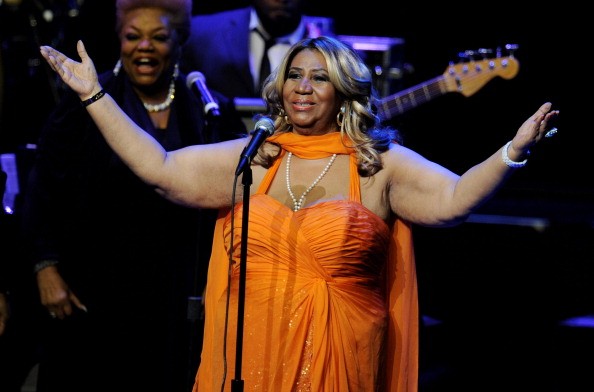 Twenty minutes at a $40,000 a plate dinner comes to $2,000 a minute, so hopefully for Franklin's sake this was some pretty good food. She seemed to think so, as she described her expensive (and "very tasty") meal to reporters outside:

"Chicken with a mustard sauce, diced tomatoes and a lot of relishes on the side of the plate."

These fundraising dinners are obviously more of a leisurely affair, but apparently if you've got the money to pay for a plate you can leave whenever you want. And Franklin certainly does have the money – her net worth is reported at $60 million. So maybe $2,000 a minute for dinner isn't too much for her to spend, provided there's a special occasion.

And it isn't as if this was Franklin's first or only chance to meet with President Obama. She famously sang at his inauguration ceremony back in January of 2009, so it's a safe bet that dinner with Barack Obama is a little more "old hat" for Aretha Franklin than it was for some of the other guests.

Interestingly, not only did Franklin spend just twenty minutes at the fundraising function, but was also both the first to arrive and the first to leave. Clearly, Aretha Franklin has gotten to a point in her career where she doesn't care much about following social protocol. And as someone who will probably never go to a $40,000 a plate dinner, I say good for her!