As I'm writing this, it's being reported by a number of credible outlets that Aretha Franklin is gravely ill at a Detroit hospital. Doctors have reportedly informed Aretha's family that she will pass some time today. Aretha has been suffering from cancer recently in addition to having a number of other health issues over the last decade. The 76 year old most recently performed in November 2017 at an event for Elton John's AIDS Foundation. She had a number of concerts scheduled for March and April of this year, but doctors forced her to cancel. Aretha is one of the best-selling musicians of all time. She certainly earned her nickname, "The Queen of Soul", and that is especially true when it comes to her finances.

During her career Aretha Franklin sold more than 75 million records worldwide. That makes her one of the 50 best-selling musical artists in history. If you remove bands and other group acts, she is one of the 25 best-selling artists in history. Rolling Stone ranked her #1 on their list of the greatest singers of all time, topping the likes of Ray Charles, Elvis, John Lennon and Bob Dylan. The magazine described her as a "gift from God".

She was inducted into the Rock and Roll Hall of Fame in 1987. She was the very first woman to be inducted.

Her most notable songs include "(You Make Me Feel Like) A Natural Woman", "RESPECT", "Think" and "Chain of Fools". 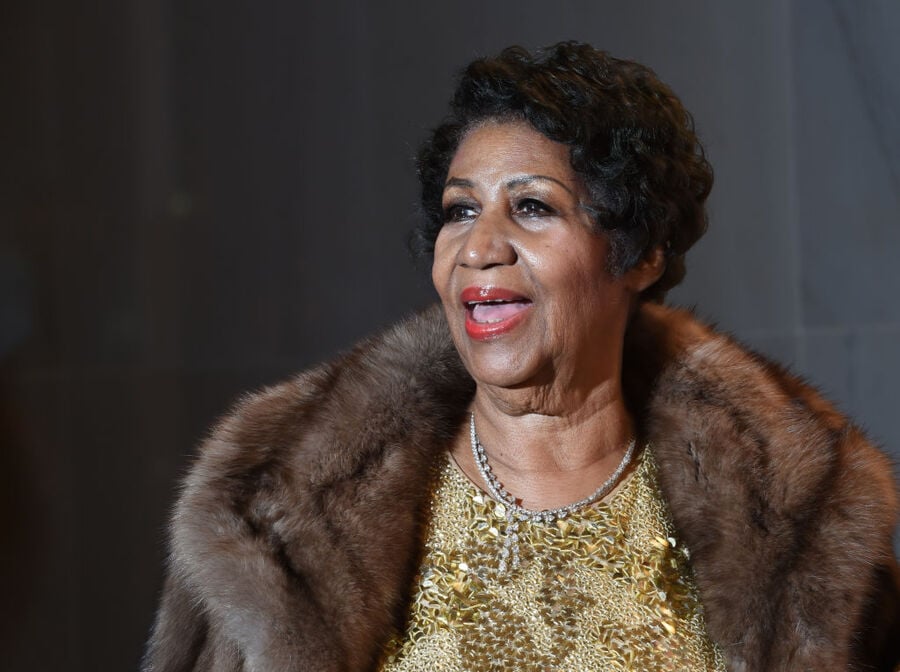 She charted 112 singles including 17 that hit the top 10. On the R&B chart, she landed 21 #1 tracks. She is the most-charted woman in Billboard history. During her career Aretha won 18 Grammy Awards. She performed "My Country 'Tis of Thee" at Barack Obama's inaugural ceremony.

Aretha previously held the record for most Hot 100 songs of any female artist at 73. She first hit the top spot on June 18, 1977, when "Break It to Me Gently" gave her her 54th appearance on the Hot 100 chart, beating then-champion Connie Francis' 53 career appearances. Aretha's record was broken by Nicki Minaj in May 2017. Nicki now has 76. If one were to seek out a caveat for Nicki beating Aretha's record, for sentimental reasons if nothing else, one could look at the fact that while Franklin is the sole credited artist on all 73 of her songs to make the Hot 100 charts, Minaj is merely a featured artist on 44 of them.

We estimate Aretha Franklin's net worth to be $80 million.