Steve Jobs died on October 5, 2011, roughly 4.5 years ago. At the time of his passing, lots of really smart people were convinced that Apple was doomed. How could the company move forward without its iconic, God-like, ingenious founder? And who the heck was "Tim Cook"??? Tim was a relative nobody who was suddenly thrust into the spotlight as CEO. Surely Apple's $60 stock price on the day of Jobs' death, would prove to be the all time peak for the company. If we look at the stock price today, it's probably in the $10 – $15 range. Right? Maybe even less. OK, so as of this moment, shares of AAPL are trading at… $123.19. That's a 105% increase.

In a recent profile with Fortune magazine, Apple CEO Tim revealed that after setting aside some money for his nephew's college education, he plans to eventually give away his entire personal fortune to charity. Clearly this is all contingent on Apple's future performance, but there's a very, very good chance that in the near future, Tim will have a very very large fortune to give away. 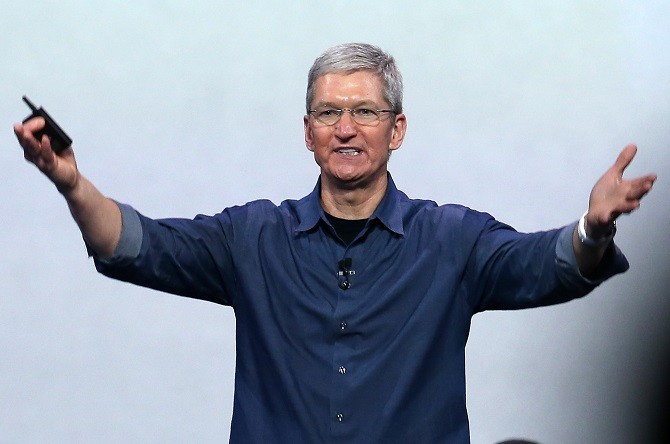 Based mostly on his options that have vested already, Tim is worth $400 million today. He also owns a whole bunch more shares that are unvested. If his entire options package was fully vested right now, he would be worth $680 million. Under his current contract, Tim will be fully vested in 2021. That's six years from now. If Apple's stock performs as well in the next six years as it has in the previous six years, by 2021 Tim's shares will be worth $1.4 billion.

Tim now joins the club of fellow uber-rich philanthropists like Mark Zuckerberg, Bill Gates, Warren Buffett and Elon Musk, who have all pledged to give away at least half of their fortune in their life or at the time of their death.

Of course Apple stock could go down. But it's hard to envision a scenario where that would actually happen. If Apple can thrive this much without Steve Jobs,  the sky truly may be the limit.