You know who's having a really good week? Apple CEO Tim Cook. Why is he having such a good week? Was it his birthday? No. Did he play a huge word on Words With Friends? No. Did that cute girl he knew in high school finally accept his friend request? No. Did he sell 200,000 shares of Apple stock in two days and make a cool $119 million? YES. 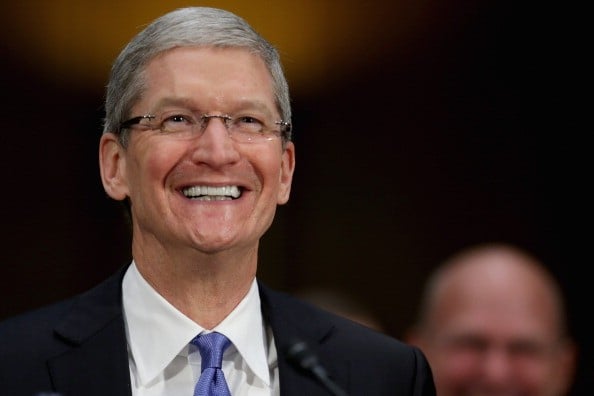 Oh and by the way, let's not forget that according to an SEC filing in January, Tim Cook made $378 million in 2011 alone selling shares of Apple. But perhaps he's kicking himself for not waiting a little little longer! Cook also made $60 million in 2012.

For those who doubted the company could survive without Steve Jobs, please recall that at the time of Jobs' death Apple's stock was trading at $400. Today it closed at $617.62, a 54.4% increase. As of today's closing bell, Apple has a market capitalization (think net worth for companies) of $575.85 billion which makes it by far the most valuable company in the world. Apple is more than $150 billion bigger than the second largest company Exxon Mobil.

Some day I hope to have as good of a week as Tim Cook. Maybe I'll win the $500 million mega millions this Friday!