Antonio Esfandiari Could Win $26 Million In One Week

By Joseph Gibson on July 7, 2012 in Articles › Celebrity News

Professional poker player Antonio Esfandiari is having a pretty great week so far – he's already won the biggest poker prize in history at $18 million. But his week isn't quite finished yet, with a big game on Sunday with the potential to add more than $8 million to his already record-breaking earnings.

It was a no-brainer for Esfandiari to enter Sunday's No-Limit Texas Hold'em Championship, since the buy-in was only $10,000. While that seems like a lot, consider what he spent earlier in the week to get into his $18 million earnings – a $1,000,000 entry fee plus a platinum bracelet that now belongs to his father to get into the Big One for One Drop from the founder of Cirque du Soleil, Guy Laliberte. 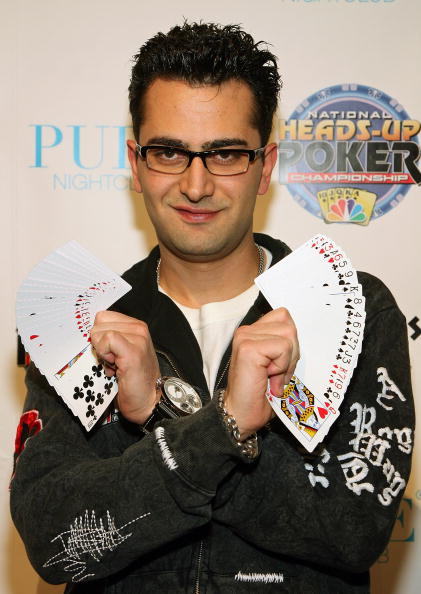 It ended up being more than worth the risk, though, as Tuesday night's game made Esfandiari the biggest-ever poker winner in the history of the sport. He handily shattered the previous record held by Jamie Gold, who won $12 million win at the 2006 WSOP Main Event. Here's what Antonio had to say in an interview shortly after his monumental win:

In the tournament that begins Sunday, Esfandiari only has to make it to the Final Nine Main Event  to be the richest poker player in the world, with $22 million. Making his amazing success even more impressive is the fact that before this week Esfandiari had only won a total of around $3 million in ten years of playing the game on a professional level. And if he wins as big tomorrow has he did the rest of the week, his record as the highest-earning poker player will be even harder to beat!