Anthony Bourdain Net Worth: How Much Was The Chef And TV Star Worth?

We woke up to the news that yet another beloved celebrity had committed suicide. Chef Anthony Bourdain, who taught us to love food and travel is dead by apparent suicide at the age of 61. Bourdain was found unresponsive in his hotel room in the Alsace region of eastern France by his great friend, French chef Eric Ripert. Bourdain leaves behind an 11-year-old daughter. He had a net worth of $8 million at the time of his death.

Was Anthony Bourdain only worth $1.2 million?

A news article circulated in July 2018 claiming Anthony was only worth $1.2 million at the time of his death. What this report did not say is that their number only included assets in his checking and a single brokerage account. It did not include real estate, or assets held in trust. For example, in 2014 Anthony paid $3.35 million for an apartment in NYC. Today that apartment is worth approximately $5 million. According to public bank records, Anthony had $1 million worth of mortgages at the time of his death. More importantly, a closer look at Bourdain's will shows that he created a trust in 2016 that held the majority of his assets (image rights, future income, royalties). His will dictates that the beneficiary of this trust is his daughter. Wealthy people often use trusts that are completely separate from their wills, partly for privacy but mainly for tax advantages. We maintain that Anthony's net worth was significantly higher than the erroneously reported $1.2 million. Much closer to $8 million based on the information we've seen.

Bourdain was born in New York City in 1956. He grew up in New Jersey. He was a 1978 graduate of the Culinary Institute of America. He was a chef at several restaurants over the years, including many years as the executive chef at the celebrated French restaurant Brasserie Les Halles. A 1999 article called "Don't Eat Before Reading This," turned into his bestselling memoir, Kitchen Confidential: Adventures in the Culinary Underbelly. 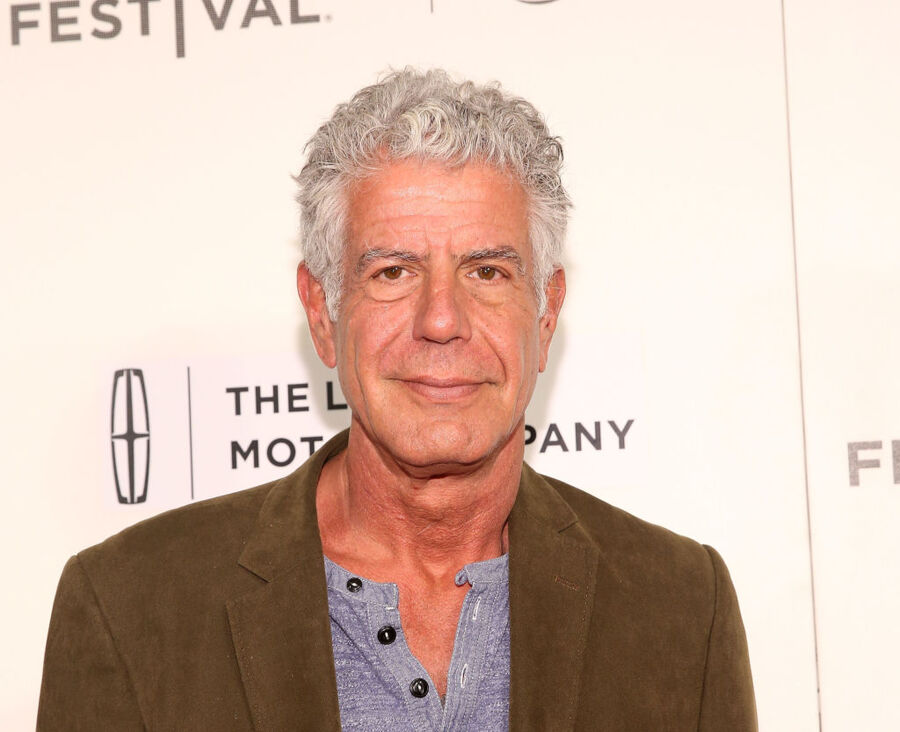 After the release of Kitchen Confidential Bourdain found himself on a path to international fame, hosting a number of food and travel shows. Bourdain's first show was A Cook's Tour on the Food Network. That show produced 35 episodes in 2002 and 2003. In 2005, Bourdain began hosting Anthony Bourdain: No Reservations on the Travel Channel. That show ran until 2012. He also hosted The Layover from 2011-2013. In 2013, Bourdain took his talents to CNN to host Anthony Bourdain: Parts Unknown. The 11th season of Parts Unknown premiered last month.

Bourdain's love of food was born during a family vacation in France when he was young. His first taste of oyster from a fisherman started it all.

Bourdain has won a number of awards in his career. When he was accepting the Peabody award in 2013, he spoke about how he approached his work.

If you are thinking that the world is a better place without you in it, seek help. 1-800-273-8255 is the national suicide crisis hotline. People are there to listen. The world needs you. You matter. You are important. Even more importantly, talk to your friends. Talk to your family. Check in with them. If their "I'm fine, I'm just busy" doesn't sound quite right, push harder, ask the hard question, "Are you having suicidal thoughts?" You could make a world of difference. People who suffer from depression often don't want to "bother" their friends.