By Joseph Gibson on March 9, 2021 in Articles › Celebrity News

Winston Churchill obviously isn't known best to history for his paintings, but he nevertheless dabbled in painting throughout much of his life. During the tumultuous period of World War II, however, he only sat down in front of the easel once, creating "Tower of the Koutoubia Mosque" in 1943 while visiting Marrakesh with President Franklin Roosevelt. Now, the Wall Street Journal reports that Angelina Jolie has sold that very painting for $11.6 million.

Churchill painted "Tower of the Koutoubia Mosque" as a gift for FDR, but it changed hands several times over the years since his death in 1945. Jolie and then-husband Brad Pitt reportedly purchased the work in 2011, and in finding a buyer for $11.6 million the Jolie Family Collection surpassed any expectations for the sale of the painting, since it was only expected to go for up to $3.4 million according to pre-sale estimates. 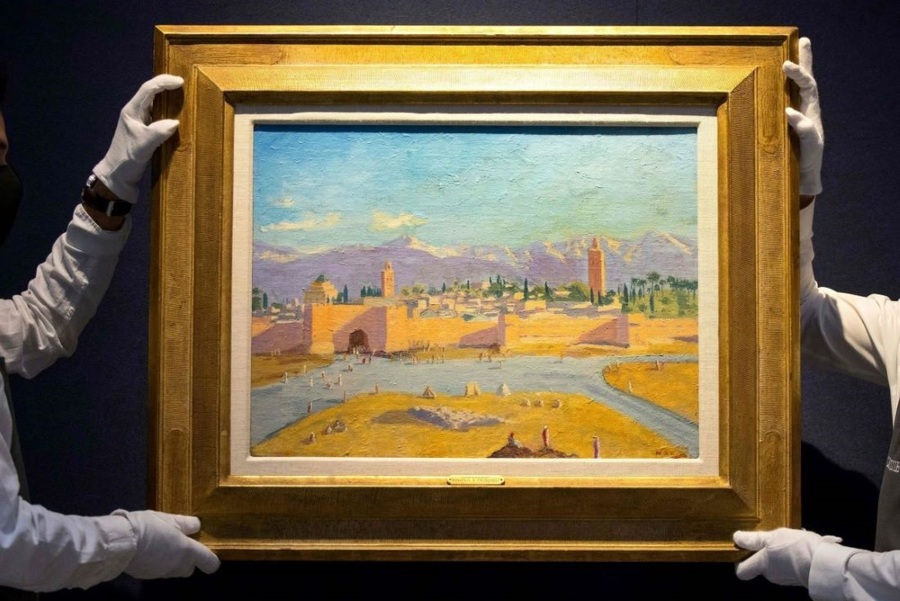 The $11.6 million price was settled after at least ten bidders battled over the painting for nearly ten minutes, and in the process set a record for the highest price ever paid for a Churchill painting. Previous Churchill works have sold for as much as $2.5 million, but this particular piece is considered more valuable because of its historical significance and the circumstances under which it was painted.

As the story goes, Churchill painted "Tower of the Koutoubia Mosque" shortly after the famous 1943 Casablanca Conference in which he and President Roosevelt met regarding their plans to win the war. After talking the president into visiting Marrakesh with him, he did the painting and intended it "as a memento of this short interlude in the crash of war."