By Joseph Gibson on August 1, 2017 in Articles › Celebrity News

It makes perfect sense that Andy Warhol's famous Death and Disaster series, a loosely-connected collection of silkscreen prints taking direct inspiration from, well, death and disaster, would appeal to Alice Cooper, the original shock rocker. More surprising is the recent Guardian report that Cooper literally forgot he owned an unnamed piece from that series, despite the fact that it's estimated to be worth millions today.

While other prints in the Death and Disaster series were going on to fetch as much as $11.6 million, the one owned by Cooper was "rolled up in a tube" and collecting dust in a storage locker, dead to the world. As the story goes, 40 years ago Cooper's stage show involved an extremely Warholian fake execution by electric chair. Cooper's then-girlfriend Cindy Lang became friends with Warhol, and discovered that both of the famously strange men in her life shared a fondness for electric chairs, since Warhol had created a silkscreen print of the electric chair that was used to execute Julius and Ethel Rosenberg for espionage back in the 1950s. The fake chair being used by Cooper for his concerts was identical to this particular electric chair, and it occurred to Lang that perhaps the print could be used for the show. So she bought it – for just $2,500. 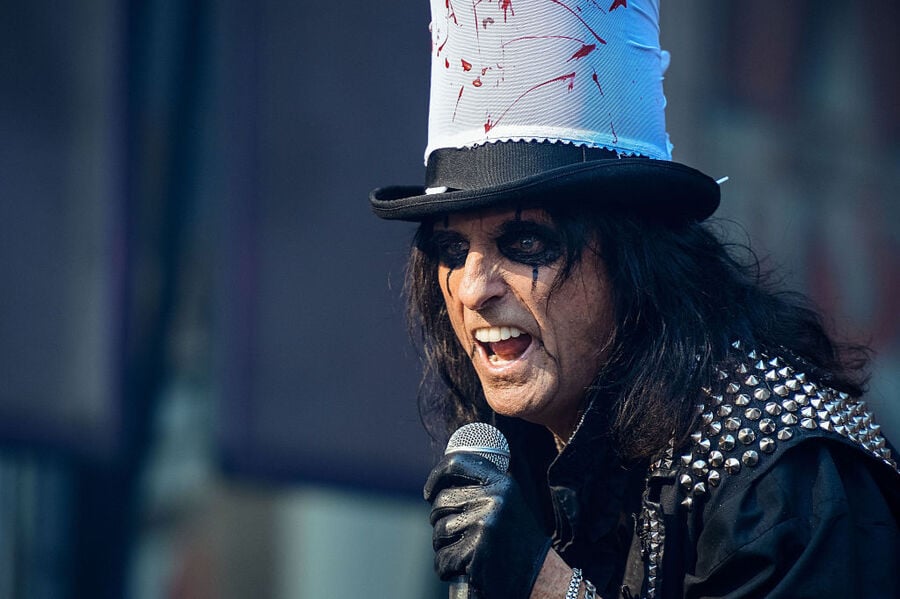 Cooper evidently did not agree with Lang's idea, so the print ended up in storage for decades. It was only rediscovered when Cooper's manager (who happens to be the famous Shep Gordon, forming a real triangle of legendary personalities involved in this story) had a conversation with an art dealer about the skyrocketing value of Warhol's work. Gordon remembered the print, and after the art dealer "advised him to find it," it was indeed found, rolled up but apparently authentic.

The piece is unsigned, so it's not clear how much it would actually be worth on the open market. But Cooper doesn't plan to sell it anyway, so the point is moot – instead, he is reportedly thinking about hanging it inside his house.