By Amy Lamare on September 6, 2017 in Articles › Celebrity News

Sunday night, Houston Texans player J.J. Watt started a Hurricane Harvey relief fund. He set a decent but conservative goal of raising $200,000. Less than three full days later, he has raised more than $20 million! Now, the defensive end has raised his fundraising goal to $25 million and released plans for distributing supplies to victims of the devastating hurricane as soon as Sunday, September 3rd,

Watt has now updated the goal of his fundraiser to $25 million. And why not? Everything is bigger in Texas. Watt will really be able to make a difference with $25 million.

He went on to say that they are filling trucks now and that people have donated their time, their trucks, food, water, clothing, and generators. His goal is to get the trucks to the areas and people most affected by Hurricane Harvey by this weekend so he can start handing out supplies. 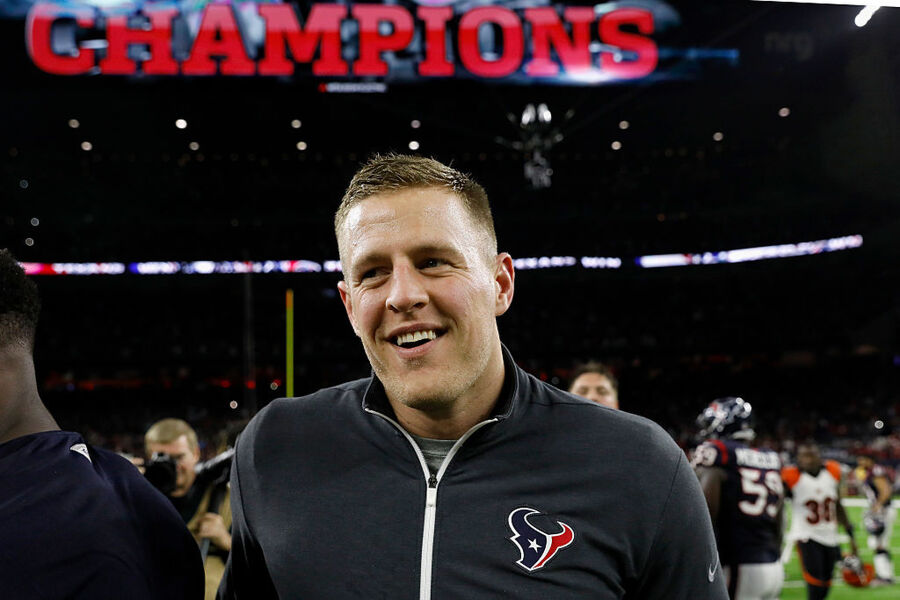 Watt used the site YouCaring to set up his fundraiser. The site has received more than 69,000 donations to his campaign, including $1 million from Tennessee Titans controlling owner Amy Adams Strunk and $50,000 from Houston Rockets guard Chris Paul.

"We're going to do everything we can to rebuild the city," Watt said via John McClain of the Houston Chronicle. "It's not just the big donors, either. It's the small donors. Whatever you can donate, it's incredibly appreciated. I'm going to do whatever I can to make sure that money gets directly out to the people."

Watt highlighted how the devastating storm brought everyone together.