By Brian Warner on March 6, 2013 in Articles › Celebrity News

Recently, banks in Georgia and Colorado have foreclosed on homes belonging to former NBA great Allen Iverson. This comes just a few months after a judge in Georgia ordered Iverson to pay a local jeweler $860,000 as part of an outstanding bill. Unfortunately, the story how Iverson blew through a $160 million fortune is both shocking and sad. And $160 million doesn't even inlude the $30 – $50 million he earned through endorsements. How did this happen?

Allen Iverson Net Worth and Salary

Iverson's fall from such incredible highs to financial destitution is shocking but becoming more and more common for professional athletes and other celebrities. Not that long ago, we learned that pop star Whitney Houston was flat broke at the time of her death and was living off hand outs as small as $500 just to get by, day to day. Whitney blew through a $150 million fortune on drugs, houses, entourages and more. A few months back we also discovered that former NFL star Terrell Owens had no income and was bankrupt after earning $70 million during his career. Terrell blew through his money by having four ex girlfriends with children all living in mansions and demanding massive monthly financial support.

Allen Iverson's financial woes follow a familiar pattern. He traveled with a massive entourage, sometimes numbering more than 50 people! He showered his friends and family with extravagant presents, jewelry, houses, cars, boats, vacations etc.. Allen also had a fondness for gambling. On several occasions he would drop over $1 million in a single evening of gambling in Atlantic City. Furthermore, Allen's high school sweetheart, with whom he shared five children, filed for divorce and demanded hefty monthly support. 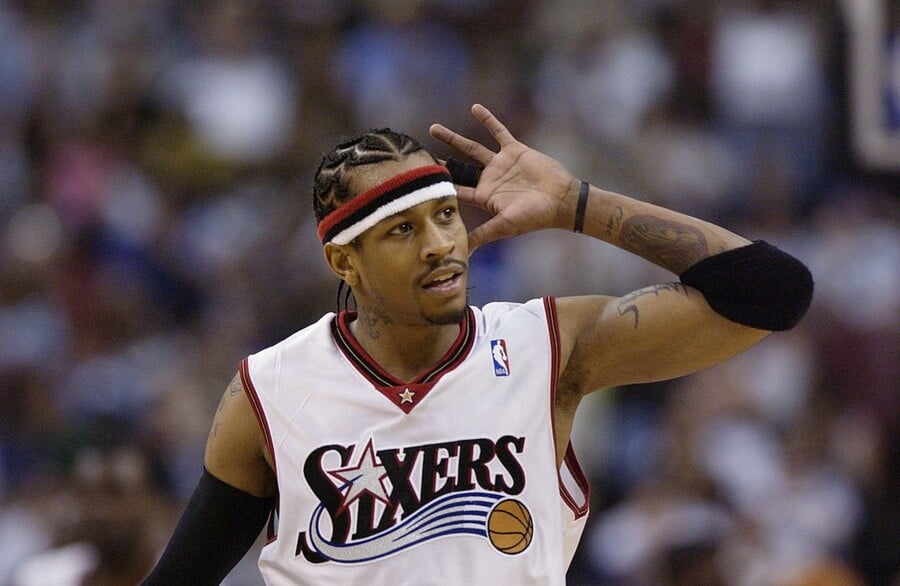 These kinds of financial problems are especially difficult for professional athletes who are passed their prime earnings years. Had Whitney Houston survived, she in all likelihood could have earned millions of dollars by releasing more albums, touring or acting. Iverson and Owens however are both broke and essentially unable to earn a significant paycheck anymore. Iverson is still holding out hope that he might be able to continue playing in the NBA for a team like The Lakers or The Pistons but the reality is his best chance is with an international team in a country like Puerto Rico or Turkey where the paychecks are nowhere near NBA size.

What do you think of these professional athletes and celebrities who blow through insane fortunes? Do you pity them? Do you think they'll make comebacks?