Alibaba CEO Jack Ma Is A Former English Tutor Who Is About To Become The Richest Person In China. This is His Amazing Story.

By Amy Lamare on September 17, 2014 in Articles › Celebrity News

On Thursday September 19th, a Chinese company that most Americans have probably never even heard of called Alibaba is expected to have the largest Initial Public Offering (IPO) of all time. With the IPO, Alibaba's 50 year old founder, Jack Ma, will officially take his place as the richest person in China with a net worth that should easily exceed $22 billion. At $22 billion, Jack will be the 38th richest person in the world.

Just 20 years ago, Jack Ma was a modest English teacher who never could have even dreamed of the riches that would befall him in the following decades. In 1995, Ma visited the United States for the first time. He had recently started a side business, a translation company, to help capitalize on a recent Chinese export boom. It was during this visit to the U.S. that a friend showed Ma the Internet for the first time. This friend told Ma that anything he wanted could be found on the world wide web in an instant with the click of a button.  So Jack searched for beer. And, sure enough, he found beer. Jack found all the beer he could ever want, as long as he didn't want Chinese beer. In fact, Ma found very few products from China or Chinese business online at all. This sparked a very simple idea that would eventually change not only Jack's life forever, but global e-commerce forever as well. So what happened next that took Jack Ma get to this pinnacle of wealth and business success? Who is this schoolteacher turned billionaire tech entrepreneur? Let's take a look… 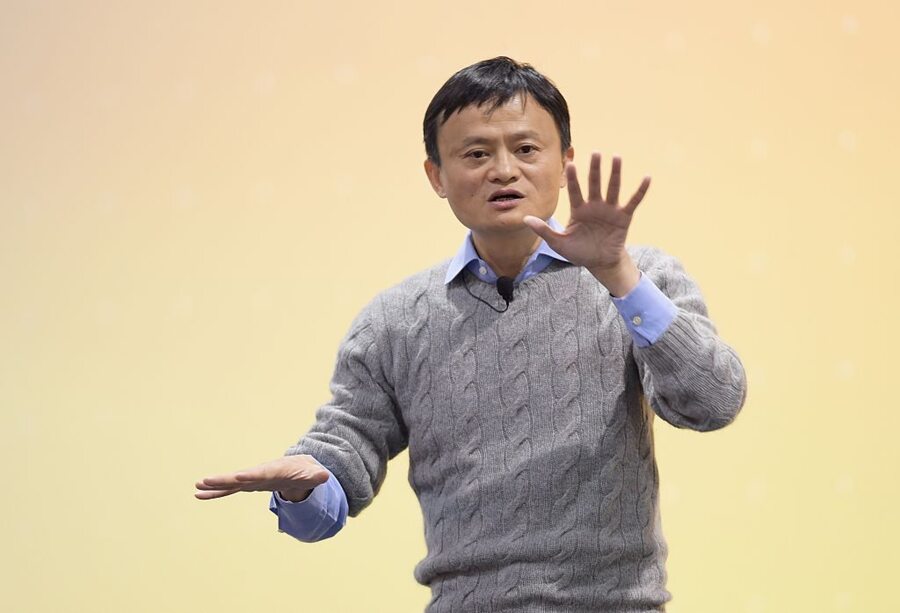 Jack Ma was born on October 15, 1964 in Hangzhou, Zhejiang Province, China to traditional musician-storytellers.  The part of Eastern China he is from is known for its historic relics dating back 2,000 years and thus became a favorite of foreign tourists in the 1970s. Ma wanted to learn English from an early age, so he would go to local hotels and offer free guided tours as a way to practice and perfect his English.

In 1979, Ma met a family with two kids from Australia. Ma and the Aussie kids bonded during the time they spent together and became pen pals.  In 1985, they invited Ma to Australia. He went in July and found that the 31 days he spent Down Under changed how he looked at life.  He'd grown up being told that China was the happiest and richest country in the world. When he got to Australia, he could see that everything was vastly different from what he'd been told. It caused him to think differently about his future.

Ma applied to college, but failed the entrance exam twice before gaining admittance to Hangzhou Teachers College.  Despite his English proficiency, Ma struggled in math. He graduated with a bachelor's degree in English in 1988 and got a job teaching English at a local university for $15 per month.

In 1995, Ma's aptitude in English landed him a part-time job as an interpreter for Chinese and American businessmen. He traveled to the U.S. for the first time as an interpreter for a trade delegation in Seattle. After his friend showed him the internet for the first time on that trip, Ma created a web page for his translation business and the very next day got five inquiries for his services.  When he returned to China, Ma founded a directory of various Chinese companies looking for customers abroad.  He called it China Pages and it was China's first internet business. However, China Pages was a flop.  After that flop he took a government job and it was there that Ma met a first-time visitor to China, Yahoo co-founder Jerry Yang.

In 1999, Jack brought 18 friends and family members together in his apartment and spent two hours pitching them his vision. Every single person bought in, giving Ma $60,000 to start Alibaba. He chose the name Alibaba for its association with "Open, Sesame," the command that Ali Baba used to open doors to hidden treasures in One Thousand and One Nights. 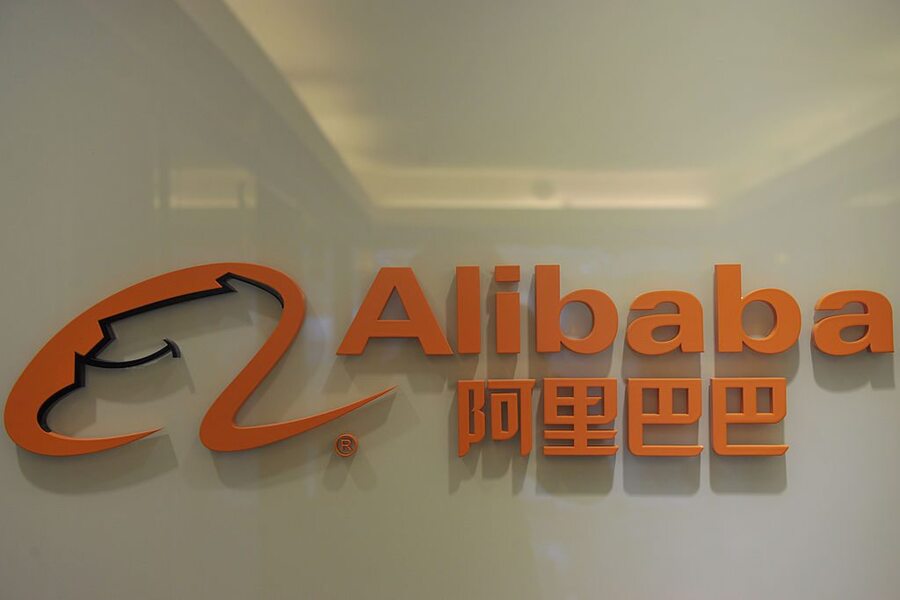 Alibaba.com allowed exporters to post listings for products that buyers could browse. Ultimately, it attracted buyers from all over the world. Starting in the mid 1990s, Jack began visiting Venture Capital companies to raise a bigger investment round. He was famously rejected by every single VC firm in California and New York. Jack claims he was rejected by over 30 different VC firms. In October 1999, Alibaba was finally able to raise $5 million from Goldman Sachs and $20 million from Japanese telecom company SoftBank.

Ma keeps things fun at the Alibaba offices.  When the company first became profitable, he gave every employee a can of Silly String to go wild with. Today, the company hosts an annual talent show in a big stadium that has employees rehearsing their acts for weeks ahead of time.

Despite the early success and lighthearted corporate culture, Ma still made early mistakes.  The company grew phenomenally fast, but it also burnt through cash at an unimaginably fast rate. They blew through so much money that Alibaba actually had to shutdown its U.S. office in 2001.Yet, despite a few early missteps, by 2002 Alibaba.com had over one million users.

Ma's willingness to take risks combined with his dedication to creating a website that catered to the needs of China's citizens are what not just made him a success, but helped the company beat eBay in China in the mid-2000s. Ma decided to duplicate the success of eBay in the U.S. in China and created Taobao.com, followed by an online payment platform for Taobao and Alibaba called Alipay, and a retail site called Tmall.

To help grow his business this dynamically, Ma wanted to partner with an internet search engine. Coincidentally, it was around this time that Jack heard from his old acquaintance Jerry Yang from Yahoo.  The two struck a deal whereby Yahoo bought a 40 percent stake in Alibaba Group for $1 billion. However, with Google kicking Yahoo's butt stateside, trouble began brewing between Yahoo and Alibaba. Yahoo's business was being eroded by the ascendancy of Google, while Alibaba continued to dominate China's e-commerce sphere. Jack tried (and failed) to buy back Yahoo's stake in his company. He even thought about buying Yahoo outright.

The working relationship between Yahoo and Alibaba soured further in May 2011 when Jack decided to transfer Alipay to a closely held company under his control. Jack explained his actions by saying Chinese regulators required that he make the transfer. Yahoo's furious lawyers complained that Ma's move diluted their investment by many billions of dollars. In May 2012, Jack negotiated a $7.1 billion dollar deal that settled Yahoo's complaints about Alipay. The deal also returned half of Yahoo's 40% stake back to Alibaba. 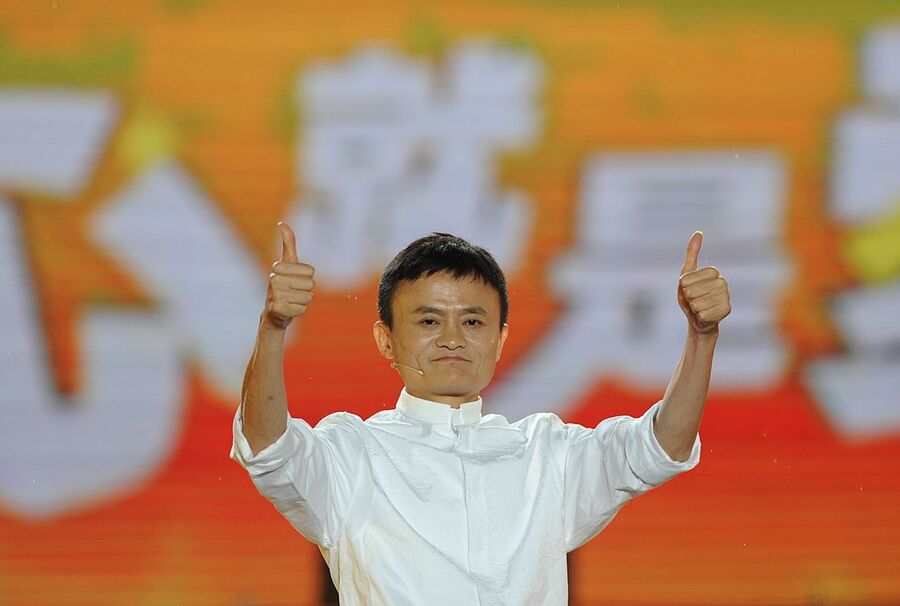 Ma retired as Alibaba Group CEO in May 2013 but still remains company Chairman. With Thursday's IPO Alibaba is seeking to raise $24 billion in what will be the largest IPO of all time. The IPO is expected to give Alibaba a market cap of $150 billion on the low end, and $220 billion on the high end.

After Alibaba filed for its IPO, Ma wrote the following letter to his employees:

And, in the end, that is all Ma set out to do. Jack Ma wanted to do something that would influence many people and influence China's development. He has done that with Alibaba and his success has is about to turn him into the richest person in China. Not bad for a former English teacher!