By Brian Warner on April 3, 2013 in Articles › Celebrity News

The 2013 baseball season is underway and once again Yankees third baseman Alex Rodriguez is the highest paid player in the league. That stat alone probably isn't surprising even to a casual sports fan. A-Rod has been known for his enormous contracts for quite a while. On the other hand, you might be surprised to learn that this year Alex Rodriguez's $29 million salary is more than the entire payroll of the Houston Astros. And we're not talking just about Houston's starting players, A-Rod will single handedly make more money in 2013 than Houston's entire payroll. How is this possible?!.. 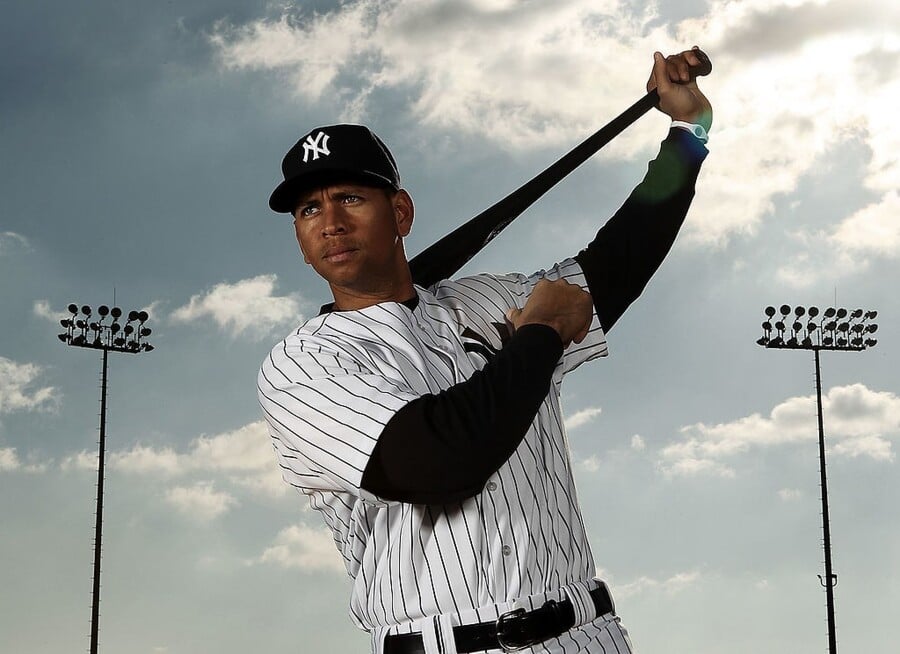 To be fair, we should point out that A-Rod isn't the only MLB player who will make more than the Astros' $25 million 2013 payroll. As we learned last week from our list of the 50 highest paid baseball players, A-Rod is joined by New York Mets pitcher Johan Santana whose $25.2 million salary is $200,000 more than Houston's $25 million payroll this season. Also, with a salary of $25 million, Phillies pitcher Cliff Lee will make exactly the same amount as Houston's entire clubhouse.

Perhaps what makes this stat so astonishing, is the fact that Alex Rodriguez hasn't exactly been lighting the ball on fire in recent seasons. A-Rod performed so poorly in the 2012 American League Division Series that he had to be benched by Yankees manager Joe Girardi. Furthermore, many critics were quick to point out that A-Rod's replacement Eric Chavez earned a salary of just $900,000 for the entire 2012 season. By comparison, Rodriguez earned $128,000 PER DAY last year, making him the highest paid bench warmer in sports history. Before getting benched, A-Rod had just two hits, nine strikeouts and no RBIs in his 12 ALDS at bats. Historically, he has struck out 27% of the time during post season games.

Despite these abysmal numbers, the Yankees are stuck with A-Rod for at least five more seasons. Going into the 2013 season, The Yankees still owe Rodriguez a guaranteed $118 million out of his original $275 million contract. But on the other hand, at least he is actually playing. On April 2nd 2013, Mets pitcher Johan Santana (the second highest paid player in baseball) underwent a shoulder surgery that will keep him on the bench for the entire 2013 season! The Mets will shell out $25.2 million this year to Santana, and he will likely not even put on a uniform once. Johan is owed $31 million of a $137.5 million contract. Thank God for guaranteed contracts!

How badly does this make you want to root for the Astros?!?!