By Joseph Gibson on October 13, 2022 in Articles › Celebrity News

It's been roughly two months since a jury in Texas decided that Alex Jones should pay $49 million in damages to the families of the victims of the Sandy Hook Elementary School shooting. According to the suit, Jones told viewers of his "Infowars" broadcasts that the massacre was a government hoax perpetrated to take guns away.

You may not have realized it, but that Texas judgment was actually one of THREE defamation trials Alex Jones is up against. The judgment from the second case just came down on Wednesday. And it's a whopper. 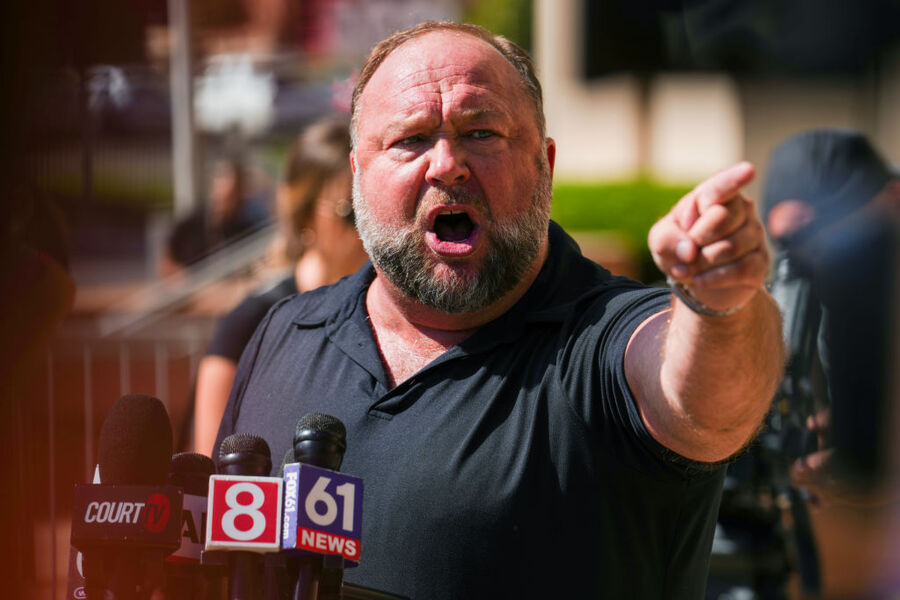 On Wednesday afternoon, a Connecticut jury decided Alex Jones must pay plaintiffs in his case $965 million in damages. That's not a typo. Let me repeat:

So in other words, with one more trial to go, Alex is already on the hook for a little over $1 billion.

Prosecutors representing the plaintiffs in the Connecticut case were requesting damages totaling $550 million, an amount that the jury nearly doubled. Jones is also on the hook for legal fees in the case.

Here's another fun fact: Texas has strict limits on punitive damages which will significantly reduce the first $45 million penalty. Connecticut has no such caps, which theoretically means Jones will be on the hook for the full amount.

In any case, regardless of the legal twists and turns that happen next, the jury sent a clear message to Jones and his Free Speech Systems company.

Jones wasn't physically present in the courtroom but he did offer commentary on the delivery of the verdict on his "Infowars" show, pledging to appeal the decision and asking his audience to continue making donations and buying his products so he can afford to fight the Sandy Hook lawsuits in court.

During the Texas case, Jones testified that he would be unable to afford any judgment exceeding $2 million, but an economist offered testimony disputing him, saying he and his company were worth up to $270 million. Meanwhile, Jones's company has filed for bankruptcy protection.