The inside of a Los Angeles courtroom was recently filled with the weeping of one Jonathan Todd Schwartz, a former business manager to Alanis Morissette who'd plead guilty to multiple counts of wire fraud and various tax crimes. He'd stolen more than $7 million from Morissette and others and now it was finally time for him to be sentenced for his crimes. According to the Associated Press, he expressed his wish to eventually be forgiven for his crimes in a humble and contrite manner:

"I alone am responsible for the devastation. I will spend the rest of my life asking for forgiveness."

Schwartz's statement was in stark contrast to one made by former client Morissette, who also participated in a victim statement at the hearing, telling the judge that if Schwartz hadn't been caught he would have bankrupted her within three years, and "He did this in a long, systematic, drawn-out and sinister manner" that called for a tough sentence. Still, Judge Dolly Gee decided to stick to sentencing guidelines and slapped him with six  years in federal prison, even though he could have been sentenced to more than 20. 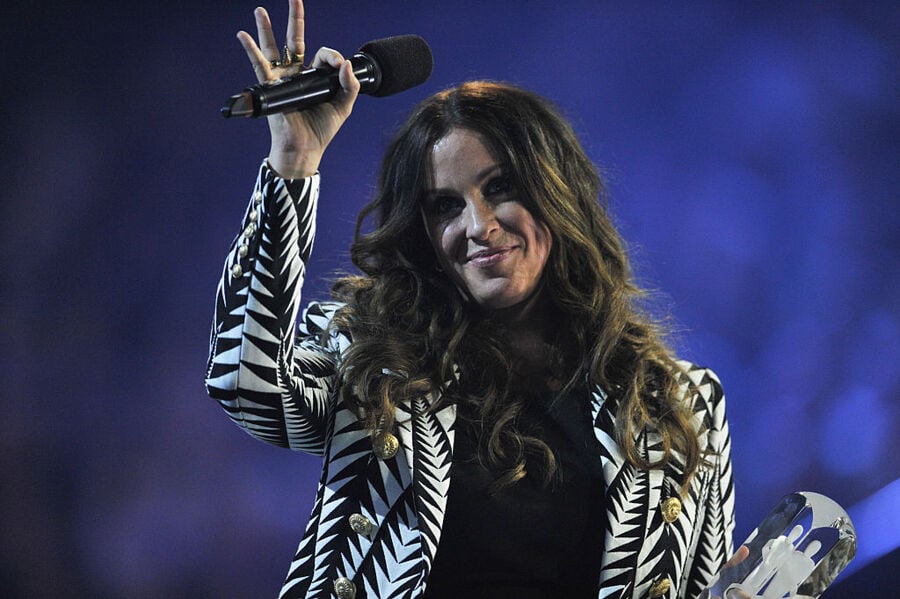 In addition to the prison stint, Schwartz was also ordered to pay back $8.6 million in restitution to his victims, which include Morissette and five other unnamed clients at GSO Business Management where he worked between May, 2010 and January, 2014. During that time he embezzled millions from his clients who hired him to provide financial guidance. In a recent Hollywood Reporter mea culpa published last month, he attributed this escalating embezzlement scheme to a gambling addiction he inherited from his father:

"The spiral I was in was toxic. Winning did not make me feel better but losing was intolerable. If I lost, then I had to make it back and when I lost again, the hole I had dug got deeper and deeper. I felt weak and powerless, terrified by my internal demons that I was turning into my father."

Once again, another party had a different take on Schwartz's trajectory to be expressed before the court. This time it was Assistant U.S. Attorney Ranee Katzenstein, who said in court documents that "[e]very expression of remorse he has made and every purported act of self-improvement he has taken occurred only after he realized he had no 'choice' to do otherwise."