By Marvin Jules on June 4, 2015 in Articles › Celebrity News

Multi-platinum selling recording artist and record producer Akon is best known for lighting up dance floors with past hits such as "Smack That," "I Wanna Love You," and "Don't Matter." Now, the 42-year-old Senagalese-American artist is looking to light up rural communities across Africa with his company, Akon Lighting Africa.

Akon founded the company in February 2014 with co-founders Samba Battily and Thione Niang, with the goal of "bring[ing] electricity to African villages by a clean and affordable solar energy solution." He also recently opened a Solar Academy in Bamako, Mali in order to achieve that goal. The goal of the academy is to teach African engineers and entrepreneurs how to install and maintain solar powered electricity systems and microgrids. There will be experts from Europe on hand to help supply equipment for training. 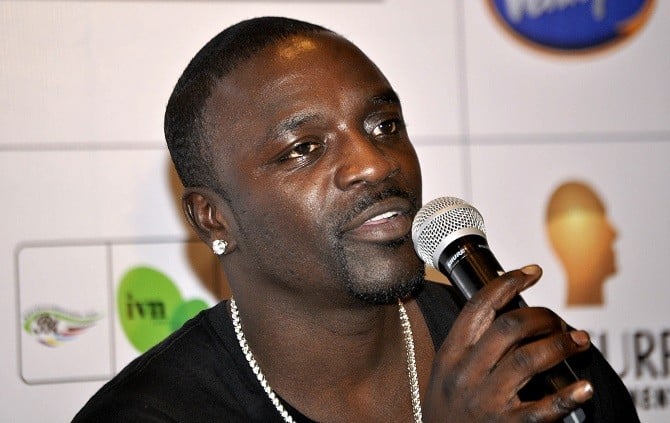 In addition to the goal of providing over a half-billion Africans with electricity, the program also aims to provide sustainable jobs for young Africans. Seventy percent of the African population are under the age of 35, and Akon Lighting Africa sees the Solar Academy as an opportunity to provide the younger generation of Africans with jobs for the future. Said Niang: "We expect the Africans who graduate from this center to devise new, innovative, technical solutions."

Akon Lighting Africa has grown at an exponential rate since it was launched in February of last year. The company operates in 11 countries, such as Guinea Conakry, Senegal, Sierra Leone, Niger, and Benin, and according to Akon, the quick growth rate occurred as a result of the investments made by the villages and by the company itself. The average investment per village is $75,000, and the firm itself has invested nearly $400 million since last year. A $1 billion credit line from the Chinese company that creates the solar systems used by the company also helped in the growth of the company, allowing the countries to pay for the solar energy projects in installments.

Said Akon of the company's strategy: "We invest our own money to get things started." He continued: "We go in, plead our case to the country, put up pilots with our own dollars using sophisticated equipment and we make sure we do the installation right. It shows people that we're not coming in to pull money out of the country, we're there to provide jobs for the locals and to enable them to feed their families." For example, 5,000 people are being given jobs in Guinea Conakry by Akon Lighting Africa in order to install their systems.

Akon's ambitious plan to provide 600 million Africans with electricity seems to be gaining traction. Though it may appear on the surface that the most difficult part of the puzzle would be infrastructure related, Akon does not agree. "The hardest part is getting people to believe," said Akon.