Adrian Peterson Just Saved The Vikings A Ton Of Money

What a couple of weeks it's been for the NFL. Between domestic abuse cases involving Ray Rice and Greg Hardy, to a rewritten drug policy, to Adrian Peterson disciplining his child with a switch to the point of welting and bleeding, the league is not looking great.

The Vikings didn't dress Peterson during their Week 2 loss to the Patriots. On Wednesday, they decided to put him on the exempt/commissioner's permission list, which means Peterson is barred from team activities while keeping him under contract. In essence, it's a paid suspension.

The trial on Peterson's child abuse charges isn't expected until 2015. That means it's very likely Peterson will not play another NFL game this season. Minnesota has stated that Peterson would have to stay away from the team "until the legal proceedings are resolved". 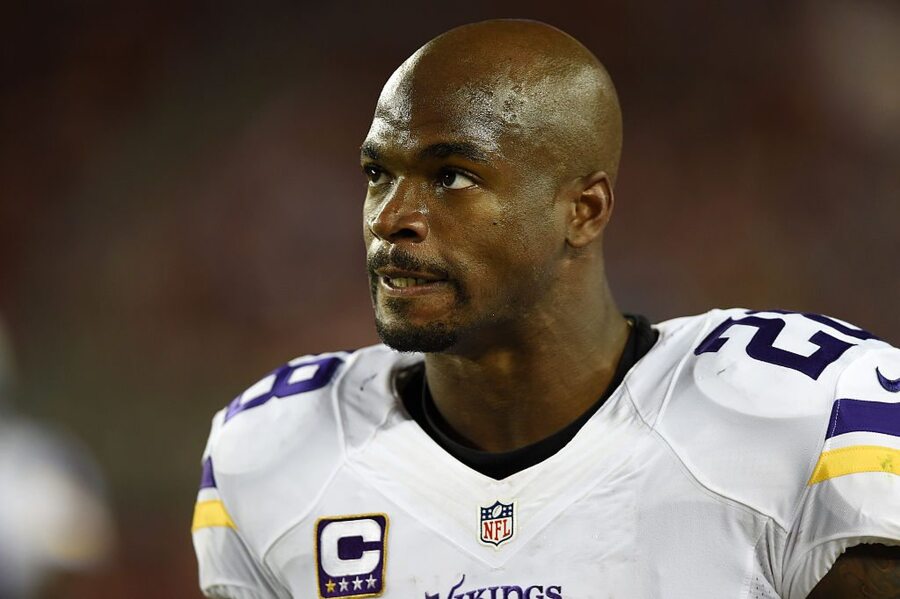 Put aside the PR angle of keeping Peterson on the team; his contract is one of the worst in the NFL. He's in the third year of a six-year, $96 million deal, making him the 12th highest player in the league. Minnesota has already paid the $36 million he was guaranteed, so they can get rid of him without owing the roughly $56 million he'd earn by playing out the duration of his contract. There'd be a small cap hit penalty of $5.1 million over the next two years ($2.7 million this year and $2.4 million in 2015).

Keep Peterson on the team, and that cap hit is $15 million over each of the next three seasons. It's nice to think of Peterson as being superhuman on the field because of his incredible 2012 season–2,097 yards, 6.0 YPC, and 13 total TDs–after tearing his ACL and MCL just eight months earlier. But unfortunately, that's an outlier, not the norm.

A typical good season for Peterson, according to Grantland's Bill Barnwell, is 15 games, 300 carries, 1,400 rushing yards, and 12 touchdowns. That's productive, of course, but is it worth it to pay 11% of your team's salary for that production? Absolutely not.

Another factor to consider is that, by the start of next season, Peterson will be 30 years old. That's generally the age of decline for running backs. Look at some of the great RBs in recent history: LaDainian Tomlinson had 380 fewer rushing yards the year he turned 30 compared to the prior season. Priest Holmes's YPC dipped 0.8 yards the year of his 30th birthday. Marshall Faulk turned 30, then only played 11 games during the following season, averaging just 3.9 YPC. After five straight seasons of at least 1,175 rushing yards, Shaun Alexander never even reached 900 (and that trend started the season of his 29th birthday). Clinton Portis was out of the league before he even turned 30.

Sure, Adrian Peterson may defy age and be great next season. But with the league shifting towards the passing game, and an abundance of quality running backs that can be had for much cheaper, the Vikings would be well off to sever ties with Peterson sooner rather than later.