By Mia Bencivenga on August 4, 2016 in Articles › Celebrity News

In late 2015, Adele released her much anticipated new album, 25. The album was beloved by her fans, lauded by critics, and broke numerous records. It became the fastest selling record in UK Chart History, the best-selling album world wide, and would go on to sell 19 million albums worldwide.

But before becoming the record-breaking platinum-selling artist she's known as today, Adele Laurie Blue Adkins was being raised in Tottenham, one of London's rougher neighborhoods. Adele's father abandoned the family when she was just two years old, leaving Adele's mother, then just 20 years old herself, to care for the toddler on her own.

Despite her not coming from a musical family, Adele has stated that it was her obsession with voices–especially of Ella Fitzgerald's–that inspired her to pursue a career in singing. She would eventually attend the performing arts BRIT School, which is free to all those who are accepted to its prestigious program. Coincidentally, the school also produced fellow songstresses Amy Winehouse, Jessie J, and Leona Lewis, several of whom were classmates of Adele. 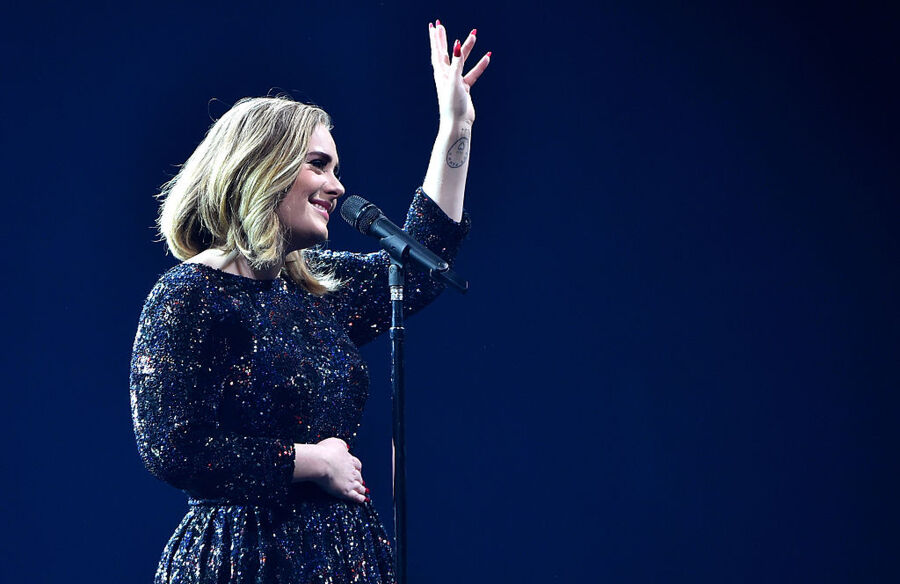 While she was still in school, Adele began showing her aptitude for songwriting, penning what would become one of her first hits, 'Hometown Glory.' After a friend posted the song on Myspace – her talent was brought to the attention of XL Recordings and Columbia Records – two labels that she is signed to today.

After performing on one of the most-watched Saturday Night Live episodes in history (its the one where Sarah Palin made a cameo on) Adele had official broken through to an American audience, propelling her into super-stardom.

At the age of 28, Adele has accomplished more than other artist could ever dream, writing and performing an Oscar winning song for the theme of the James Bond Movie Skyfall. In 2012, she won six Grammys for her album 21

Adele herself has a hard time understanding level of fame that she has achieved. And that's understandable, its the kind of career success many could scarcely dream of, becoming one of the world's richest musicians. And, in her case, possessing an incredible net worth of $125 million.