By Brian Warner on December 9, 2014 in Articles › Celebrity News

Hello. My name is Brian Warner. I'm 32 years old. Like most men around my age, I am embarrassed to admit that when I was in high school and college, I wore a lot of clothes from Abercrombie & Fitch. A lot. Like from head to toe. Cargo pants? Loved them. Tshirts with funny slogans? I'll take 10. Turtle neck sweaters? Yes please. Puka-shell necklace? Why do you think God gave us a neck in the first place?? To not wear puka-shells???

The reason I'm embarrassed to come clean about this dark period in my life is two-fold. First, just remembering about what I used to think was the height of dressing "cool", makes me cringe all these years later. Second, it turns out that for around 20 years Abercrombie was run by a super creepy CEO named Mike Jeffries whose personal peculiarities and controversial statements really should not have been supported by our parent's hard-earned dollars. The good news is that earlier today, A&F finally was able to dump him forever…

Enormous Compensation While The Company Tanked

Mike Jeffries had been Abercrombie's CEO since 1992 when he spun the bankrupt label off from former corporate-parent Limited Brands. He oversaw the company's rise from an obscure line that no one had really heard of, to an international phenomenon with billions in annual revenues. Along the way, Jeffries became one of the highest paid CEOs in the world. Between 2004 and 2007, he earned more than $30 million a year in salary, bonuses and stock sales. In 2008 he took home $72 million. In 2009, $36 million. In 2010, $28 million. And in 2011 he took home $48 million. His income dropped to $8 million in 2012, and then "just" $1.5 million in 2013. In case you were wondering, that adds up to around $283 million in salary and other compensation in just under a decade.

He also currently owns around 2.4% of the company's outstanding shares (ticker symbol ANF), which works out to around $50 million at today's closing price. 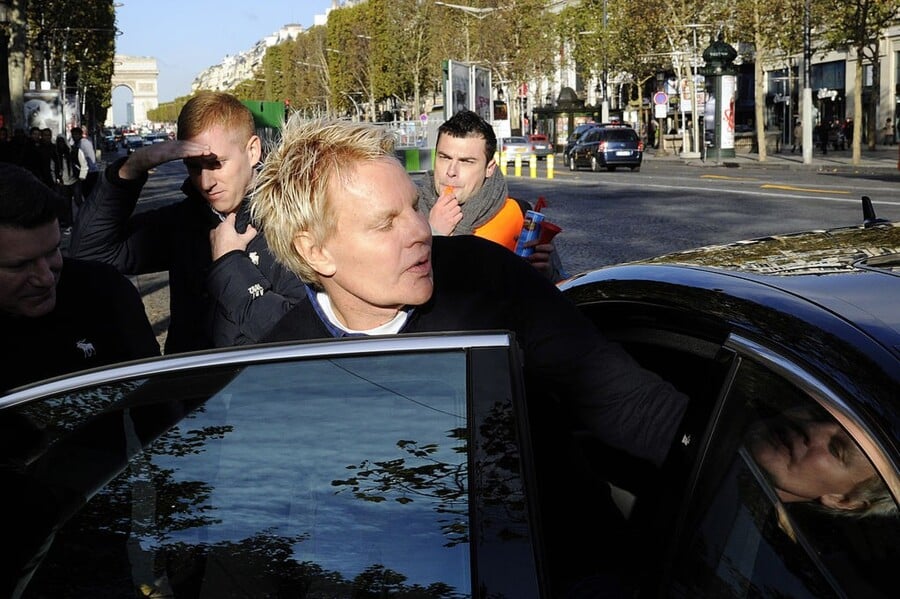 Mike is so rich that he employs his very own "family office" – basically a private investment company that is set up just to handle the management of one person's wealth. We currently estimate his total personal net worth to be $300 million. In the same time period that Mike was earning a bloody fortune, ANF shares have lost a little more than half their value. Before today's announcement, the stock had been trading at a 52-week low. The company has also seen same-store sales (the most important metric in the retail business) decline in the last 11-straight quarters. Awkward! And speaking of awkward… 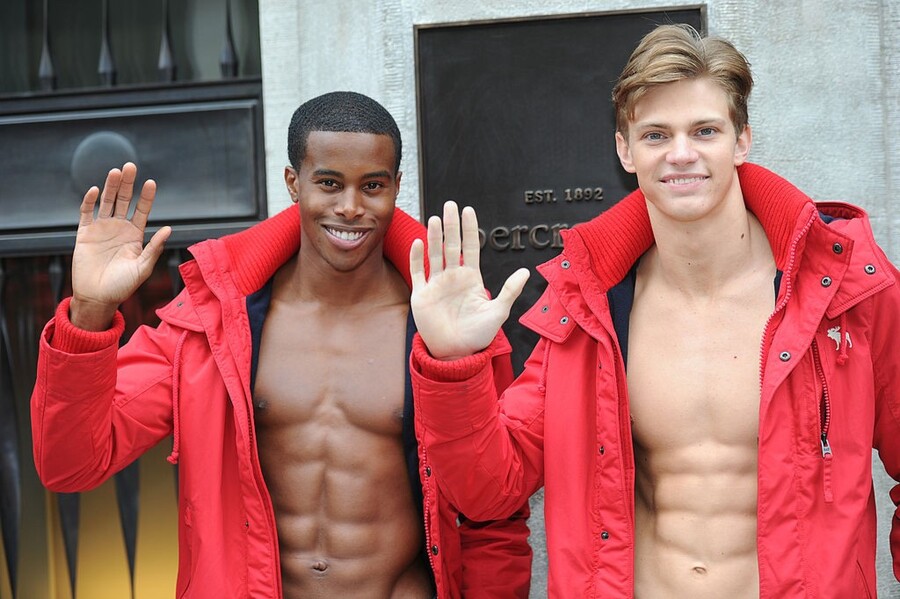 So Why Didn't The Board Fire Him Sooner?

Up until this year, there was a clause in his employment agreement that would have required Abercrombie to pay him $100 million in the event of his firing by disability, good reason, not for cause, and death. "Good reason" included the event in which the shareholders voted against him as chairman. It was absolutely egregious. Abercrombie couldn't fire him if they wanted to, without cutting a $100 million check. Thankfully, last year activist investors were able to come together and force Mike and the company to change his employment agreement. Instead of getting a blanket $100 million no matter what, he agreed to accept $30 million for most termination reasons. If he was fired for "cause" his severance would have been $13.5 million. In the case of today's announcement, which was billed as a "retirement", Mike will likely receive $27.6 million. Still an enormous fortune, but a lot less than the $107.9 million that it would have been one year ago.

If you thought using topless male models as store greeters was awkward, wait till you read what supposedly went down on the Abercrombie & Fitch corporate jet. In addition to his extreme compensation, the 70 year old Jeffries enjoyed unlimited access to the company's Gulfstream G550. Jeffries, who had a wife and child when he first started A&F, used the jet to travel the world with his long-term boyfriend and their entourage of party people. According to a lawsuit that was filed in 2013 by a pilot who claimed he was fired for being too old, Jeffries has a 40-page set of strict rules (written by the boyfriend) that all crew members were required follow. The lawsuit was settled out of court for an undisclosed figure, but in the fourth quarter of 2013 the company did disclose a $10 million loss related to "legal charges". Most of the rules were directed at the male flight attendants who were reportedly hired through a modeling agency. Here are some of the alleged highlights:

Actually, I'm sort of being a hypocrite. If CelebrityNetWorth had a jet, I'd probably have the same exact rules for all our female flight attendants. And the Phil Collins rule for going home is nothing short of genius. But the main difference is CNW is not a public company with tanking sales. I also probably wouldn't have my girlfriend write AND enforce this 40 page set of instructions.

In a 2013 interview, Mike explained the reason Abercrombie's refuses to stock XL and XXL sizes in women's clothing by saying that they only want "cool kids" wearing their clothes. The only reason the company carried XL and XXL men's sizes was to appeal to hunky beefcake football players who might someday need a job at one of the stores (not that shirts are required). Apparently only thin attractive girls were welcome to shop at Abercrombie. If you think I'm exaggerating, here's Mike's own words:

Not only was this attitude highly repugnant, Mike also may not have realized that around 60-65% of American retail consumers in Abercrombie's target audience fit at least an XL label.

Goodbye Mike Jeffries! Don't let the shirtless male models hit you on the way out! Maybe it's time for me to give Abercrombie another chance at exclusively handing my wardrobe? On second thought, I'm gonna stick with my current system of New Balances, gym shorts and hoodies.