At Milwaukee Bucks NBA home games, it's not an uncommon sight: Green Bay Packers quarterback Aaron Rodgers in the crowd, a frequent attendee of games. Now, he's taking his relationship with the team to the next level, purchasing a "limited partner" ownership stake in the Bucks, as reported by USA Today.

The purchase was announced by the Bucks in between first and second quarter of what turned out to be a playoff win against the Boston Celtics on Friday, as Rodgers and girlfriend Danica Patrick sat courtside with Bucks majority owner Wes Edens. In his own statement to local Fox Sports affiliate, Rodgers spoke on his decision to take up a piece of his favorite basketball team:

"I'm a humongous sports fan, especially the NBA. Basketball is my first love actually before football so the opportunity to join the ownership group here in a state that I love, a region that I'm entrenched in and have been for a number of years, a team that I've followed and cheered for and attended games at for a long time – to be able to be a minority owner now is pretty special." 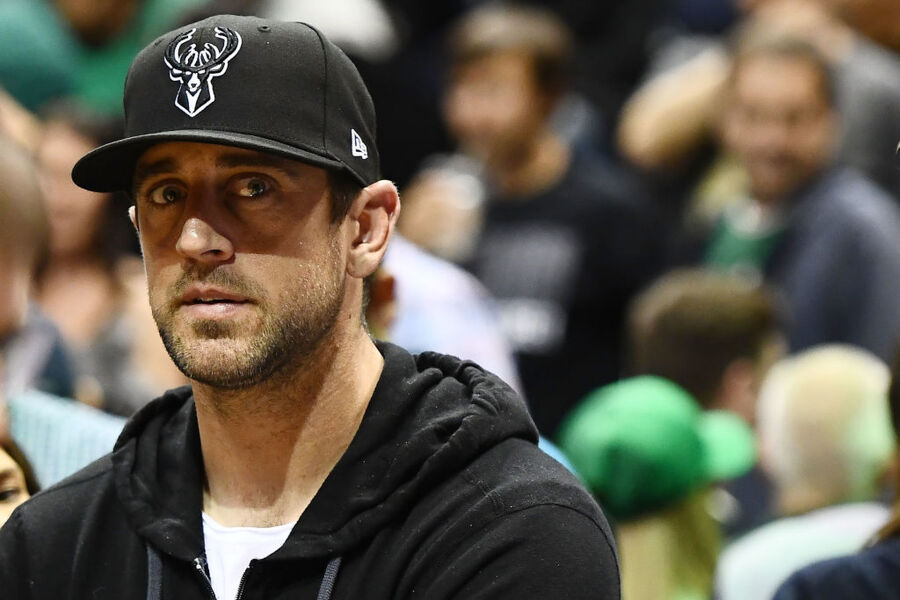 The move likely makes good financial sense, too. In 2014, the team was purchased from Herb Kohl for $550 million by Marc Lasry, Jamie Dinan, and the aforementioned Wes Edens, but a recent valuation of the franchise has it as now being worth more than a billion dollars in total. And the team's financial success has been showing recently, with a new practice facility that opened at the beginning of the current season, as well as the announcement of a brand new arena in downtown Milwaukee, which is under construction now. It's scheduled to be open for business as the new home of the Bucks by the beginning of the 2018-19 NBA season.