As expected, TMZ reports that Aaron Hernandez's conviction for murder, with all the complicated financial implications this entails, has been officially dismissed on the grounds that he committed suicide while it was under appeal and before it was finalized.

The biggest consequence of this is that the New England Patriots will have to pay out the estimated $6 million Hernandez had left on his contract to his family, and which would then be up for grabs in any civil liability decisions against Hernandez in the future. However, shortly after the dismissal was announced, the Bristol County D.A.'s Office made an announcement of their own, that they plan to appeal the judge's decision – so that means the conviction and the Patriots' financial responsibility could still be up in the air. 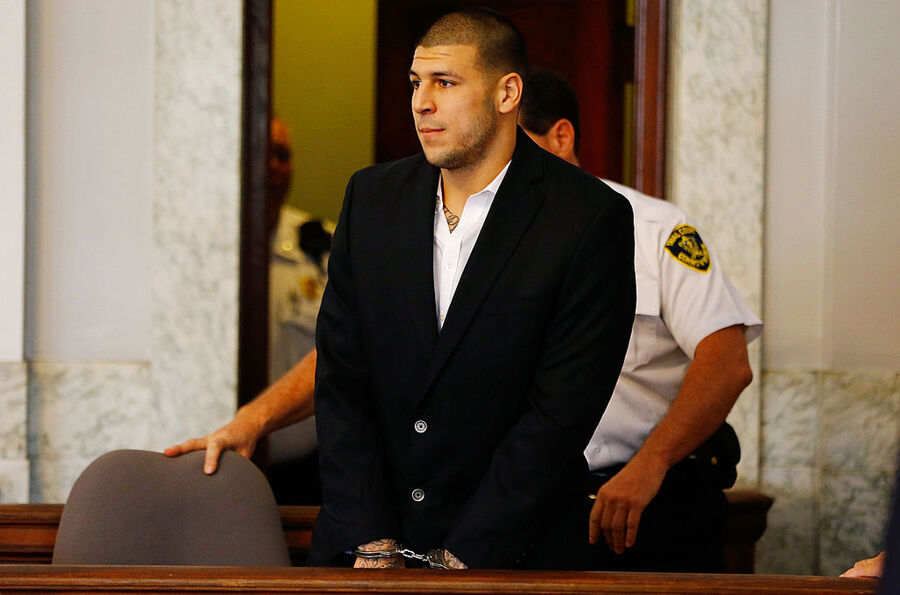 Prosecutors reportedly argued against the abatement ab initio dismissal of Hernandez's murder conviction on the grounds that he knew about the law, and that he killed himself in order to bilk millions out of the Patriots to go toward his family. They claimed that his suicide note to fiancee Shayanna Jenkins made this clear, and that he shouldn't be rewarded for killing himself to escape justice. The judge disagreed, though, and moved to erase the conviction under the law.