By Brian Warner on November 21, 2013 in Articles › Celebrity News

In news that probably will not shock you at all, former child star Aaron Carter filed for bankruptcy earlier today. I literally could not name a single Aaron Carter song, television show or movie, but there's no denying he was a major celebrity back in the late 90s. The younger brother of Backstreet Boy Nick Carter, Aaron released four solo albums between 1997 and 2002. His self titled debut album went Gold in at least five countries, selling an estimated 500,000 copies worldwide. His second album "Aaron's Party" was certified three times platinum in the United States alone.

Aaron Carter sold at least 5 million albums during his career. He also must have made millions more from touring, endorsements, merchandise, reality TV shows, DVDs, personal appearance fees etc. There was a time when Aaron was literally the opening act for the Backstreet Boys and Britney Spears, before becoming his own major headliner. So that's why it is sort of surprising to hear that earlier today he filed for bankruptcy protection in Florida. In the filing, Aaron lists his monthly income at just under $2000. He also lists his monthly expenses at just over $2000. He claims his total assets are worth just $8200 and include a $3500 Breitling watch, a $500 flat screen TV, two MacBook computers and a Louis Vuitton backpack (that he has presumably been living out of). Aaron, who has been staying with a relative, listed debts totaling just over $2.2 million. Of that amount, $1.368 million is owed to the IRS alone. He also owes American Express $31,166. 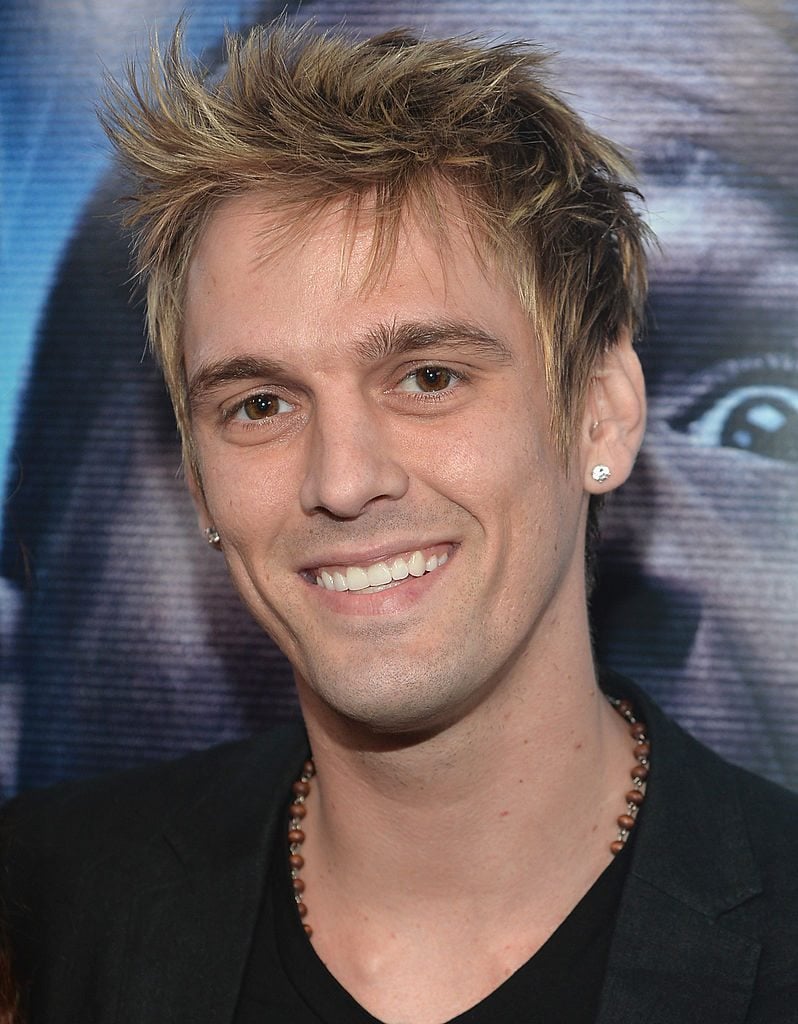 Ok I lied about something earlier in this article. I previously stated that I have never heard of any of Aaron Carter's songs, TV shows or movies. The truth is, I have watched the 2005 straight-to-DVD Aaron Carter movie "Popstar", at least three times from start to finish. If you can find this movie, WATCH IT. It is so bad it's good, all the way through. Without giving away too many spoilers, Aaron Carter plays a popstar named JD McQueen whose parents force him to enroll in a public high school to improve his grades. For some reason, if he doesn't improve his grades, he will be forced to cancel a major summer tour which, in turn, will ruin his future music career. Who hasn't been in that situation before?! Long story short, imagine the absolute shenanigans that would ensue if the biggest teen popstar in the world was forced to go to public school all of a sudden? Without giving the whole thing away, by total random chance his biggest fan in the world attends this school and she is a disgusting ugly nerd who turns into a total babe after 2 minute makeover. Oh and one more spoiler: For some reason, at the end of the movie Adrianne Palicki's fake bra literally explodes with water like a broken sprinkler in the middle of an assembly. Because that's a thing that can totally happen. The entire movie is actually worth watching just for Adrianne's wardrobe: 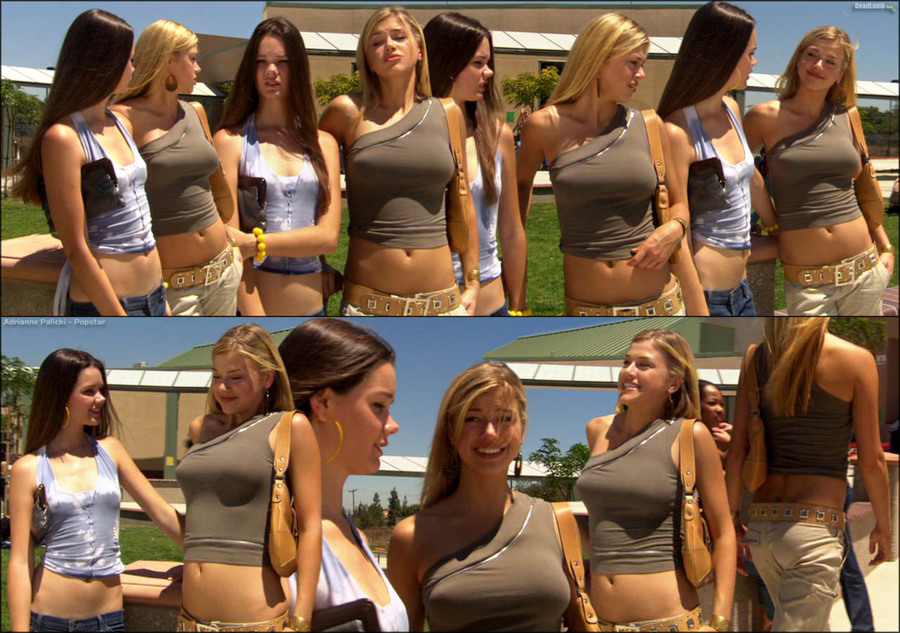 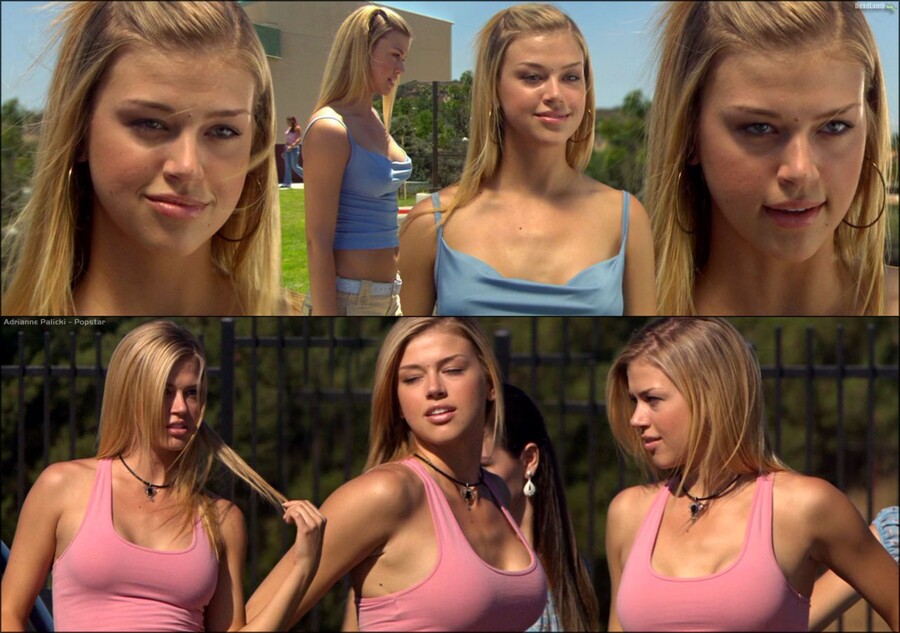