By Joseph Gibson on December 7, 2021 in Articles › Celebrity News

It sounds like something out of "The Righteous Gemstones," but it's instead happening to televangelist Joel Osteen. A plumber working in a bathroom at the minister's Lakewood Church in Houston stumbled upon a hidden cache of cash and checks in envelopes inside a wall. Police believe the money is connected to a reported $600,000 theft from the church that occurred back in 2014.

Houston Police released a statement describing the investigation as ongoing, but the statement indicates that evidence from the checks found behind the wall shows some sort of connection between the recovered money and the theft, which happened back in March of 2014. 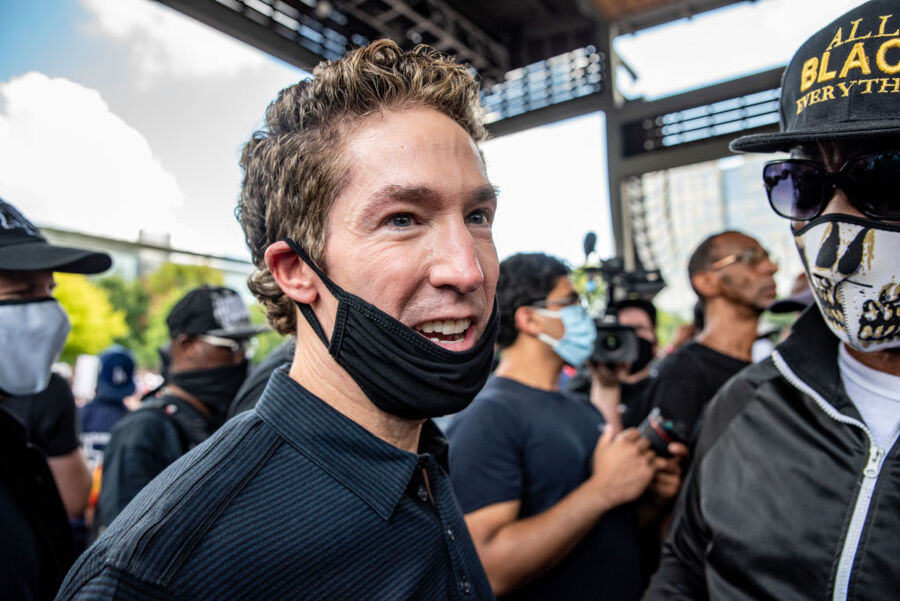 A press statement from Lakewood Church is similarly low on details:

"Recently, while repair work was being done at Lakewood Church, an undisclosed amount of cash and checks were found. Lakewood immediately notified the Houston Police Department and is assisting them with their investigation."

The investigation has reportedly been going on since November 10th, when the money was discovered, but only recently became public knowledge after the plumber himself called in to a local radio show to share the tale. Here's how he described it:

"There was a loose toilet in the wall and we removed the tile … Went to go remove the toilet and I moved some insulation away and about 500 envelopes fell out of the wall, and I was like, 'Oh wow.'"

Unfortunately, the plumber, who called himself "Justin," is no longer eligible for a $25,000 reward offered by Houston Crimestoppers for information regarding the theft, since the statute of limitations on the case has come and gone.

The money was left in Lakewood's custody, according to police. As for how it got there, or how it came to be reported stolen in the first place, hopefully all will be revealed by the investigation happening now.