By Brian Warner on June 5, 2013 in Articles › Celebrity News

After two weeks of mystery, an 84 year old Florida woman has finally come forward to claim last month's $590 million Powerball Jackpot. Her name is Gloria Mackenzie and she was required by Florida law to claim the prize in person, as opposed to anonymously. Now that the winner has been identified, lottery officials can begin the process of transferring the humongous prize. Instead of opting for 30 annual payments of $19 million, Gloria is choosing to accept a one time lump sum payout of $390 million which happens to be around $10 million more than baseball player Alex Rodriguez has made in his entire professional playing career. After taxes Gloria will have roughly $260 million in her bank account! That's the single largest undivided jackpot of all time. And if that's not crazy enough, the winning ticket came within inches of going to another customer… 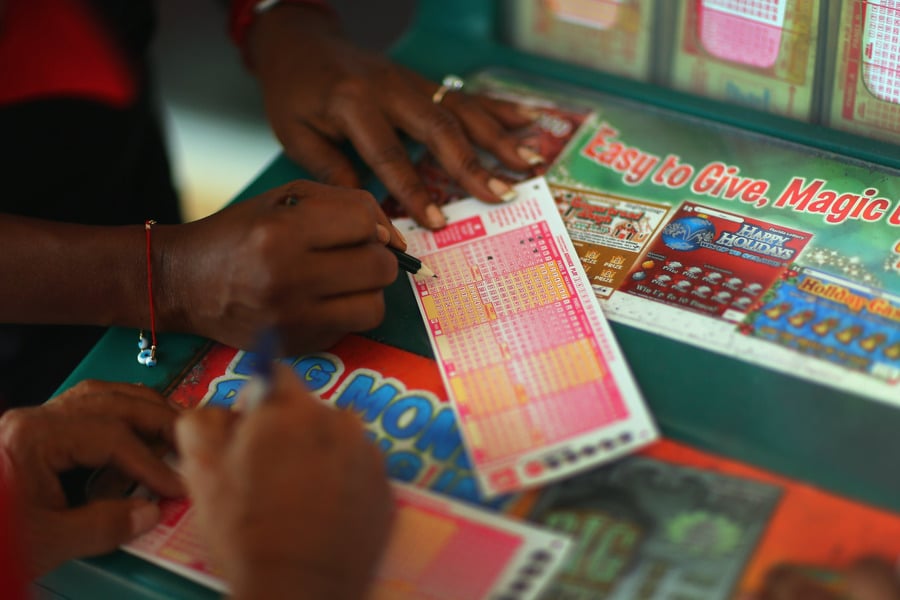 On May 18th, Gloria was in line at Publix waiting to purchase five Powerball tickets. She was pressed for time and almost gave up on the tickets altogether. Incredibly, the customer ahead of her allowed Gloria to skip the line. Gloria proceeded to purchase five "quick pick" tickets with numbers randomly chosen by the machine. Four of the tickets ended up being worthless but one contained the numbers 10, 13, 14, 22 and 52 with a Powerball of 11. Those six magical numbers turned out to be worth $590 million! Her odds of winning were 1 in 175 million. One shudders to think that if the customer ahead of her had not been so kind, he or she would have been celebrating $590 million today instead of Mrs. Mackenzie.

Gloria Mackenzie is a native of Maine who retired to Zephyhills, Florida with her late husband, Ralph. Her neighbors say she mostly keeps to herself but is often seen with a smile on her face as she takes a short daily walk around the neighborhood. She drives an older model grey Ford Focus and lives in a modest duplex surrounded by mobile homes.

There's only been one larger lottery win in history, a $656 Mega Millions jackpot that was won back in March 2012. That jackpot was cut down to $160 million a piece before taxes after three winning ticket holders came forward. As we mentioned before, Mrs. Mackenzie will end up with a little more than $260 million after taxes! Gloria is lucky to be a resident of Florida where the is now state income tax. She will save $50 million as a Florida resident compared to a winner from California. The Federal government will automatically withhold 25% of the lottery winnings and will collect their remaining 14.6% cut next April. In other words, before April 15, 2014, Gloria will have a $56.94 million Federal income tax bill!

So how would your life change if you woke up tomorrow with $260 million cash in your bank account? What are some of the first things you would buy?