6ix9ine's Rejected $200,000 Donation To No Kid Hungry Now Being Sought By Another Non-Profit Org

It's probably been an ethical dilemma for as long as the concept of money has existed: Can ill-gotten funds, or funds from a disreputable character, be put to good use? It's the dilemma that the people at the non-profit organization No Kid Hungry, apparently felt they were facing when Tekashi 6ix9ine (real name: Daniel Hernandez) tried to send them a $200,000 gift which they promptly rejected on character grounds.

TMZ reports that 6ix9ine recently pulled in about $2 million in less than a week's time, thanks to both the release of a new song and the launch of a new merchandise line. Wanting to give a significant portion of that money back, he chose an organization called No Kid Hungry, but a spokesman for the organization delivered the blow that 6ix9ine's money was no good to them:

"We are grateful for Mr. Hernandez's generous offer to donate to No Kid Hungry but we have informed his representatives that we have declined this donation. As a child-focused campaign, it is our policy to decline funding from donors whose activities do not align with our mission and values." 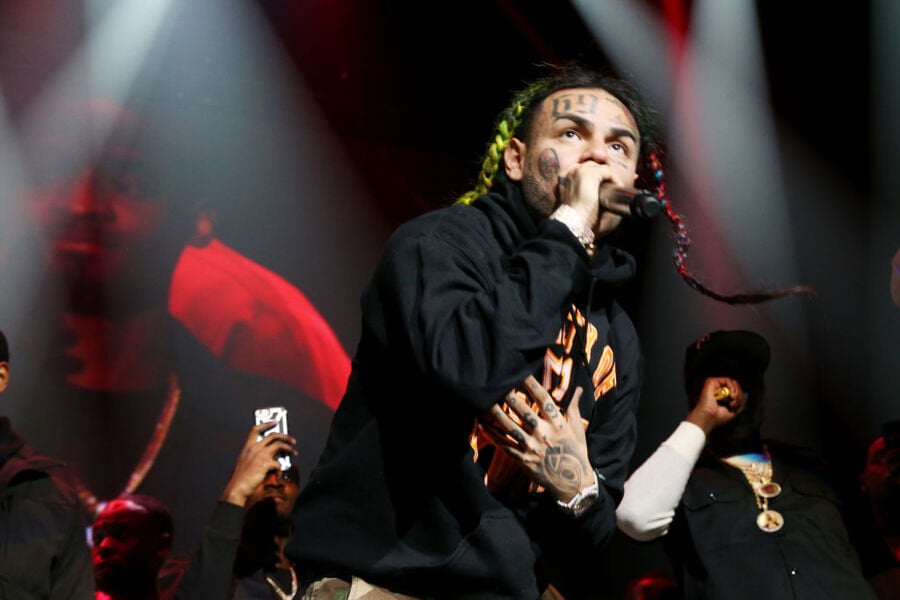 We don't know for sure what specifically made No Kid Hungry make this decision, but the reference to their "child-focused campaign" leads one to assume it has something to do with the fact that in 2015, 6ix9ine pleaded guilty to the use of a child in a sexual performance, stemming from a video taken of a 13-year-old girl who he says he didn't realize was underage at the time.

"@nokidhungry rather take food out the mouth of these innocent children I never seen something so cruel."

Some probably disagree with the decision regardless of why it was made, including Kevin Johnson, the executive director of another children's hunger organization called Kooking 4 Kids. He told TMZ that his organization would be happy to take 6ix9ine's money as long as they can use it to do their work:

"If there is an individual that wants to help address hunger in Los Angeles, we welcome it. How that person wants to live their life is for them to decide."

6ix9ine and Kooking 4 Kids haven't linked up as of yet, but the latter organization seems prepared to weather any fallout that might come from taking a donation from 6ix9ine.